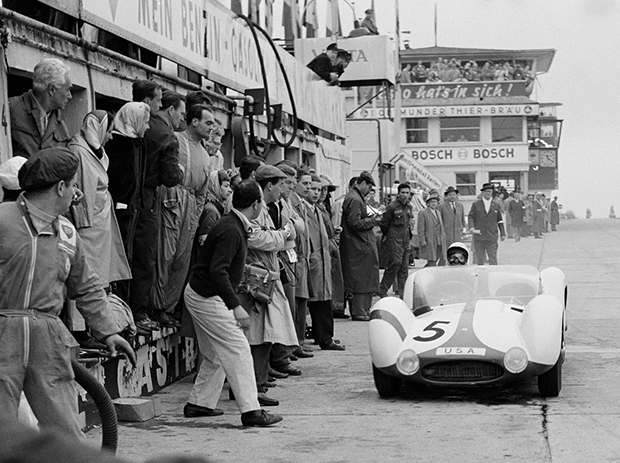 There are very few 1960’s race cars with a more legendary status than the 1960 Maserati Tipo 61 ‘Birdcage’. The original 1959 design consisted of a Tipo 60 2-liter engine, winning the Coupe Delamare Debauteville in July of that same year. Maserati quickly began a new design that would rival the previous version, now including a Tipo 61 engine with an upgraded 2.9 liters. Word spread quickly across the racing community, and the 1960 ‘Birdcage’ had future purchasers lining up around the block.

Only nine days after the final construction was completed, the 48 carb, 4 cylinder vehicle was entered in the Nurburgring 1000 km race.  Driven by racing team Masten Gregory and Gino Munaron, the car performed remarkably well but fell behind slightly as the race continued over the duration. A 5th place finish was enough to wet the whistles of nearly everyone in the race car industry, an impressive fete for a vehicle that had only been completed nearly 1 week prior to the race.

The Maserati Tipo 61 ‘Birdcage’ was also entered in the 24 Hours of Le Mans in 1960, but witnessed some problems and never finished, perhaps due to some difficulties in deciding who would actually drive the precious vehicle.  However, the car has had a very impressive racing history since then, even to this day remaining highly eligible for numerous vintage races around the world. The Birdcage has changed hands a few times over the decades, but is still considered perhaps the best cornering race car ever built.