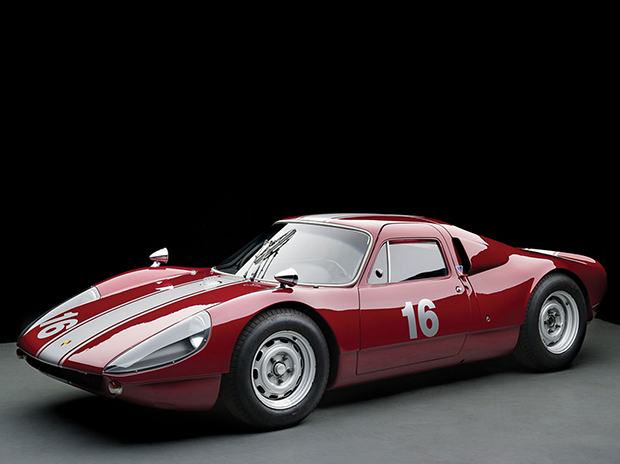 Many of you will recognize the iconic 904, one of my personal favorites, but what you may not know know about the 1965 Porsche 904 /6 Carrera GTS is that it was actually designed by one of the Porsche descendants, Ferdinand “Butzi” Porsche III.  In 1965, he was the son of the chairman of the company, “Ferry” Porsche.  As a result of being from such stellar lineage, Butzi was allowed to have almost free rein in his designing process, receiving almost no outside interference from the higher-ups.

Where the controversy set in was when they tried to market the vehicle by choosing its name. Peugeot did not like models names with a “0” in the title, for whatever reason, but Porsche thought otherwise.  This would be the design to succeed the RSK Type 718 and the last in the 356 series.  The “official “ name was eventually decided to be the Carrrera GTS, but car enthusiasts usually refer to this remarkable racing car as simply the “904”. If you can imagine this, the initial price of this beautiful vehicle was less and $7,500 in 1965 and only twenty were ever produced.

The 1965 Porsche 904 /6 Carrera GTS in the pictures was bought and sold over the next few decades, trading hands between several private owners.  The original purchaser made some modifications to the car, if you can believe it, wanting to convert the impressive automobile to a road-worthy design.  A wooden dashboard was added and the roof was reconstructed to a T-top design, among many other changes.  In 1990, a new owner wrote to Porsche and tried to have it restored to its original beauty.

Recently sold for over $1.9 million this is one special Porsche! See the more detail on the RM Auctions website here