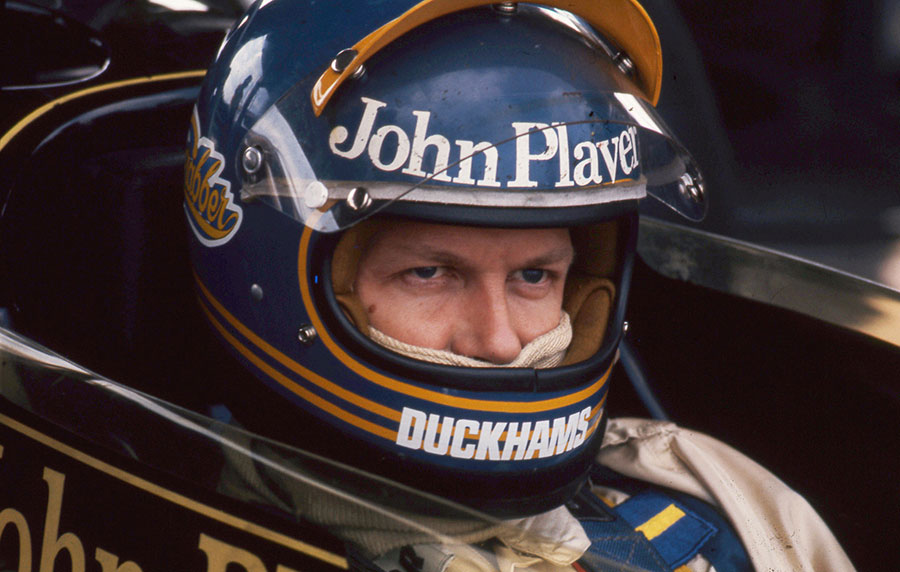 Marcus Ericsson may be flying the Swedish flag in the modern era of Formula 1 with Sauber, but in the top-tier class of single seater racing, there has only been one “SuperSwede.”

That man was Örebro’s Ronnie Peterson, who took all ten wins from his 123 Grand Prix starts with Team Lotus. Born on Valentine’s Day, 1944, this talented driver honed his skills in the world of karting and graduated into Formula Three.

Driving the “Svebe,” a car he co-designed with father Bengt and Sven Andersson, Peterson attracted the attention of Italian racing outfit Tecno. Having signed with them, the Swede went on to win the 1969 F3 championship. The beginning of eight years in Formula One for him, started with an impressive debut in Antique Automobiles’s privately entered March 701, saw him qualify 12th, but finish a respectable seventh.

Higher points in Formula One included finishing second overall to 1971 F1 world champion Jackie Stewart, and securing his first win with Lotus at Circuit Paul Ricard in 1973 in the Type 72.

Spells back at March in 1976, as well as driving the eclectic six-wheel Tyrrell P34B the following year, saw minimal success, in comparison with his three terms at Lotus. He returned to Lotus alongside Mario Andretti, who brought in the “ground effect” Type 79, redefining the sport. Both drivers showed the car’s dominance, with wins for Peterson at Kyalami and Austria. However, the weekend at Monza would prove to be another dark day in the sport. Peterson’s race car was heavily damaged during practice, so he had to use the Type 78, as the spare Type 79 built for Andretti, compromised the Swede’s tall build.

The start of the race saw the field bunch up too close for comfort, as Peterson dropped down the order from fifth. Caught up in the ensuing melée, he was hit by James Hunt, impacting hard on the barriers. Multiple drivers including Derek Daly, Clay Regazzoni, Patrick Detailer and Hans-Joachim Stuck, found themselves with nowhere to go.

Peterson was dragged from the burning wreck of his Lotus by Hunt, Depailler & Regazzoni. The Brit prevented the Swede to look down below his torso, due to significant leg injuries he had suffered. After being admitted to hospital, his condition rapidly deteriorated, as the surgeons deliberated, rather than acting on fractures sustained in the crash.

On the 11th of September 1978, at 9.55pm, Ronnie lost his life, due to fat embolism, further compounded by his kidneys failing. Andretti secured the title at that race, but it was overshadowed by the lost of his respected teammate.

The words from the American, who is respected as a legend in his own right, showed that he could not be truly happy about one of the defining moments of his career: “I couldn’t celebrate, but also, I knew that trophy would be with me forever. And I knew also that Ronnie would have been happy for me”. Well-respected peers such as Fittipaldi, Niki Lauda, Hunt and countryman Gunnar Nilsson were pallbearers at his funeral, with George Harrison paying tribute the year after the Swede’s death. A statue of this great Swede now stands in the place of his birth, having been unveiled in 2003.

Ronnie’s natural talent and prowess behind the wheel saw him being respected by his peers, but this “SuperSwede” didn’t reach his full potential, as did many of those that lost their lives in the deadly world of full throttle motorsport. Vila i frid, Ronnie.