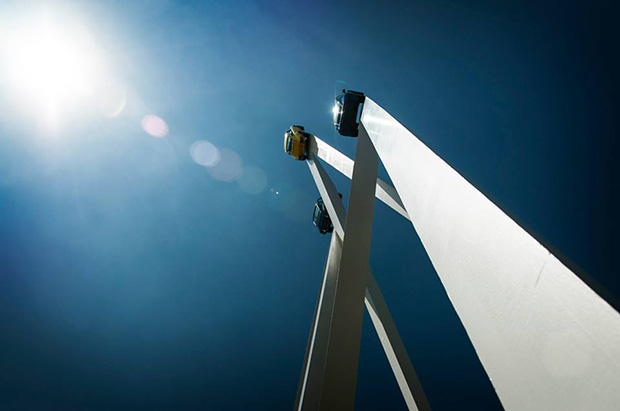 If you have ever been to the Goodwood Festival of Speed, then it would have been hard to have missed the stunning Central Feature that is uniquely constructed each year to celebrate the leading marque of the spectacular automotive event.

If you haven’t been then you may not know that annually Goodwood hosts a weekend of Motorsports heaven whereby every car, motorcycle, era and manufacturer gets together to celebrate and show off everything that is great about our beloved Gasoline Culture. Formula 1 cars, MotoGP bikes, Top Fuel dragsters, rally cars, NASCARs and even this years Peugeot Pikes Peak Challenge car all get together for a chance at participating in the famous Goodwood hill climb and to hang around in the pits and paddocks for the world to gaze in amazement at.

The central feature this year, the highest ever to be at Goodwood was engineered to celebrate 50 years of the Porsche 911, and quite frankly it was stunning. At over 34 meters high, three 911’s were attached at the highest points with the lowest points on the floor being thin enough for you to wrap your hands around. Taking a total of 11 weeks to complete it was designed to encapsulate the beautiful, historic and unique Porsche 911.