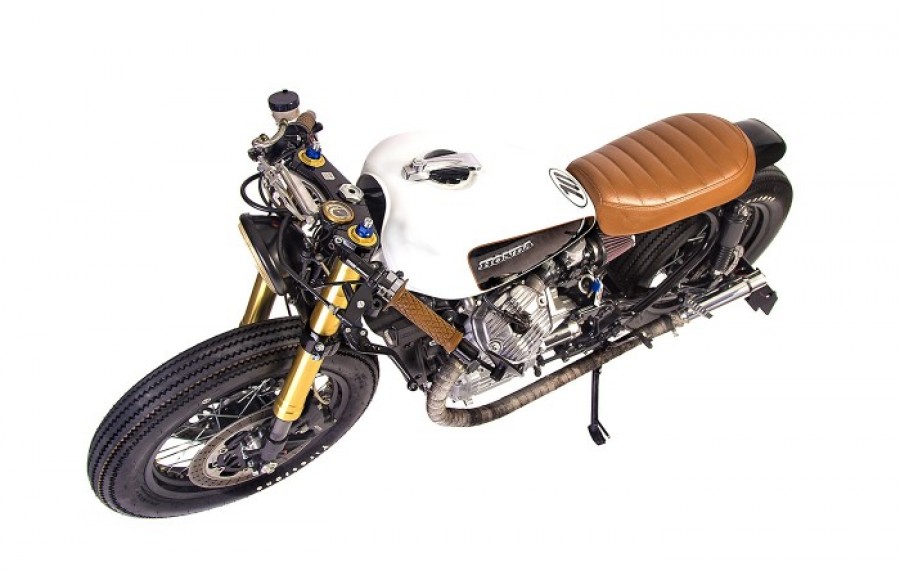 Pedro Caçote has recently formed his own brand, Wrench ‘n’ Wheels, after the overwhelming reaction of his Honda CX500. The 1984 model came in severe condition as it was badly damaged by fire. Pedro’s first order of business was to remove the air box and then clean up the frame. The engine received a new K&N filter as well as a new coat of paint with the carbs also getting a similar treatment. The rear brake was replaced with a Kawasaki ZX9’s and a new 18″ wheel was installed. The transmission and swing arm had to be tinkered with to accommodate this new change. 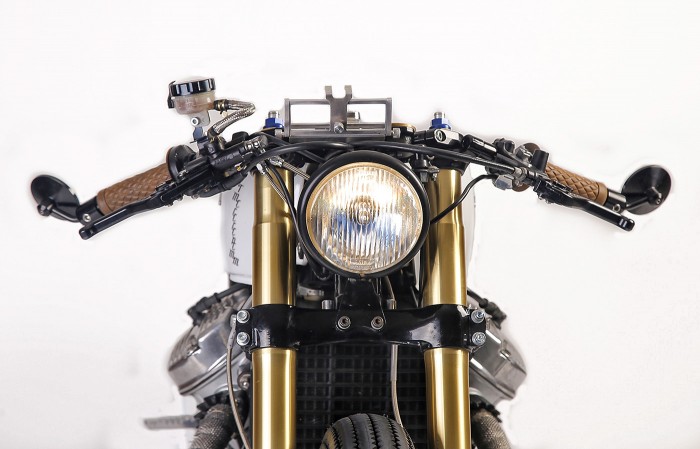 The stock forks were exchanged for pair from a GSXR 1000 which were provided by Custom made 74. Firestone Deluxe tyres have been added to compliment the rest of the bike. A Motogadget clock has been installed into a custom top yoke with a phone bracket also being installed. The brown leather seat has been made out of dense foam which sits upon the custom rear fender. Another nice feature is Wind 10 has been sewn into the seat at the back. Several other custom parts such as a headlight,  clip ons, Bilitwell thruster grips, a rear from a KTM crosser and levers from a CBR 1000RR have all made the cut onto Pedro’s build. 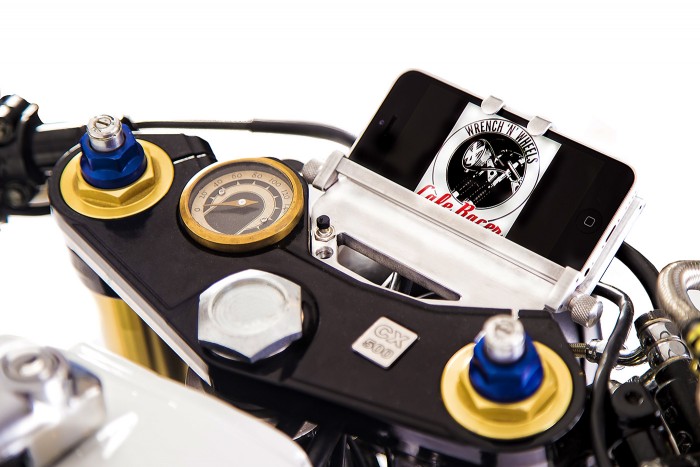 The colors of the brown seat go well with the classic white and black paint of the bike. I’d say the first large build from Pedro is a major success and it has definitely helped build up a reputation for Wrench ‘n’ Wheels. Pedro has already confirmed another two projects in the pipeline, a sneak peek of what’s to come are a Kawasaki Z650 and a Yamaha XS400. We can’t wait to see Pedro’s future builds and we wish him all the best on his endeavours with Wrench ‘n’ Wheels. Check out Wrench ‘n’ Wheels Facebook if you are interested in any projects that are to come! 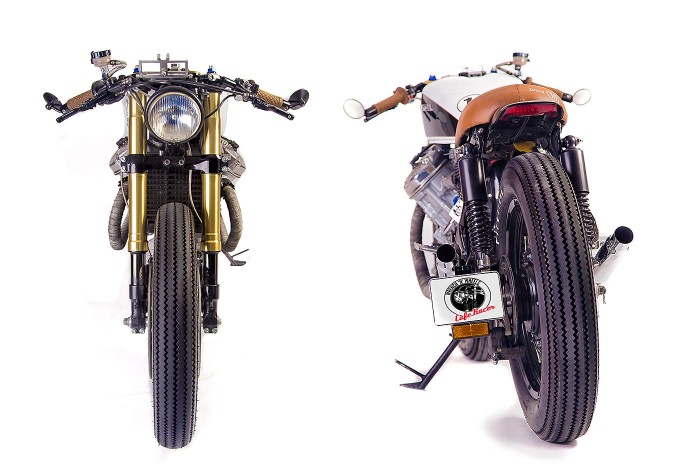 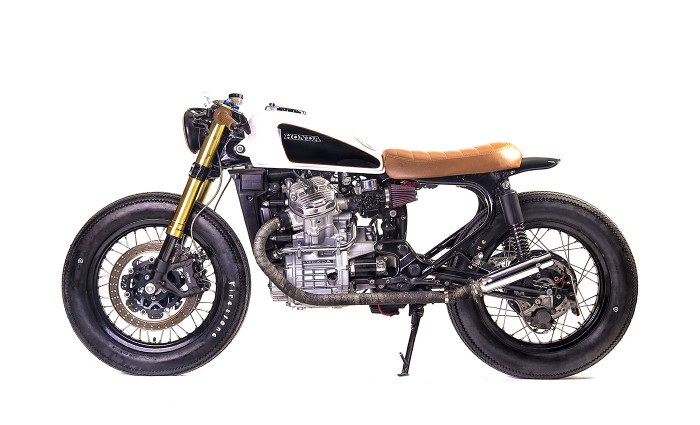 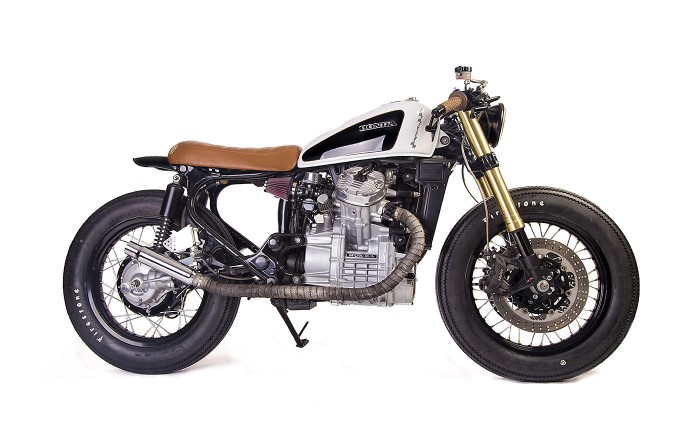 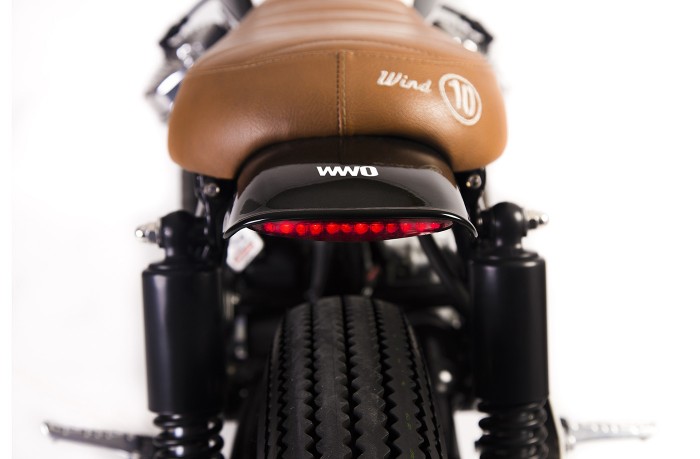