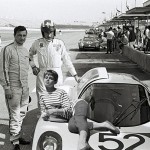 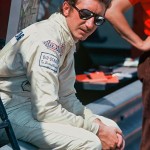 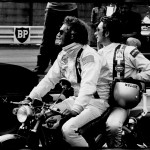 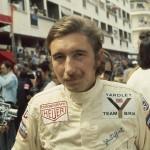 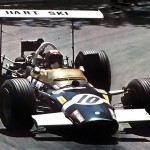 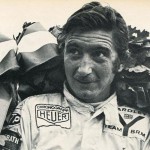 He may have come from humble beginnings, but Jo Siffert, known as “Seppi” to his friends, was a Swiss driver that showed that he could more than hold his own in multiple categories, as drivers would race wherever there was an opportunity.

Born in Fribourg, Switzerland back in 1936, this son of a dairy owner, made his debut on two wheels, but later made the switch to single seaters, reaching Formula 1 and the sportscar scene. During his time as a racer that spanned over two decades, he was a charming and much-loved individual in the racing world.

In some ways, his talent shone through, especially when you consider the fact that he defeated the late Jim Clark in the 1964 and 1965 Mediterranean Grand Prix by the smallest of margins. Along the way, many switches between series saw him also become a works driver in the Porsche sportscar program, winning the Daytona 24 Hours and 12 Hours of Sebring in 1968 with Hans Hermann, and the Targa Florio in 1970 with Brian Redman.

One of his most notable achievements was winning a heated battle with Chris Amon at the 1968 British Grand Prix. It was the final time that it was considered that a privateer team had won a Formula 1 Grand Prix. His skills were also showcased behind the wheel of the Porsche 917, nothing up several wins in Europe, along with his participation in the Can-Am series.

He was also the man that started the celebration of spraying the champagne on the podium, as it came about by shaking the bottle on the podium at Le Mans back in 1967.

He was chosen by the manufacturer to help develop the program, which saw him finish fourth overall, driving the 917PA. But with many talents having fallen, due to safety issues back in those times, Siffert was to also become one of the may that lost their lives doing what they loved.

At Brands Hatch in October on 1971, “Seppi” returned to Brands Hatch, where he took his first win in F1 ahead of Amon. The World Championship Victory Race was a non-championship event, where he was racing for BRM, alongside Pedro Rodriguez. The Swiss ace had picked up the win in Austria that year, but on British soil, things were to end under tragic circumstances.

After contact with the late Ronnie Peterson on lap 1, the suspension on Siffert’s BRM had been compromised, causing the Swiss driver to crash hard on lap 16. The accident did not result in any critical injuries to “Seppi,” but the instant fire that swept over the car could not be extinguished.

Siffert could not get out in time, succumbing to smoke inhalation, according to the investigation that was carried out after the tragedy. As a result, safety measures were put into place, by putting on board fire extinguishers in the cars themselves, air supplies to drivers via their helmets, and the introduction of better fire-retardent race gear.

50,000 people attended his funeral, showing his mass appeal and following, which was accompanied by the Gulf-Porsche 917. His life was chronicled in Der Blick in 2005 by Roger Benoit, along with a documentary the following year, “Jo Siffert – Live Fast, Die Young,” by Men Laredo.

At the finale of the 2007-08 A1 Grand Prix season, Team Switzerland remembered him fondly with their car carrying the following message: “Jo ‘Seppi’ Siffert – 40th Anniversary – Brands Hatch.”