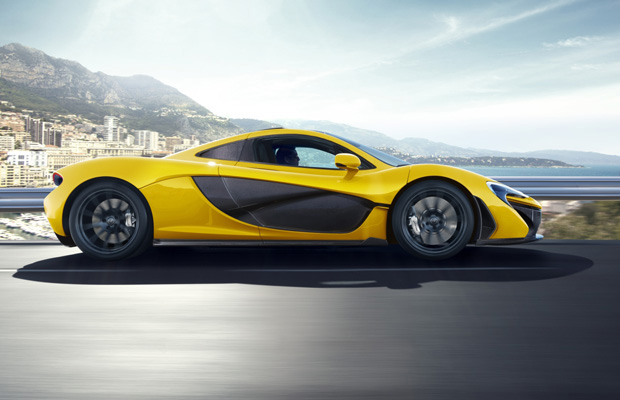 The McLaren P1™ is the eagerly anticipated NEW supercar, first seen at the 2012 Paris Motor Show by F1 supremos McLaren Automotive. McLaren say the car has been designed to be the best drivers car in the world both on the road and on the track.

Using a heavily revised version of the engine from the MP4-12C the P1™ is powered by a mid-mounted 3.8-litre twin-turbo V8 petrol engine and a highly effective electric motor give a combined output of 916PS (903 bhp) and a maximum torque figure of 900Nm. The engine block has a unique casting to incorporate the KERS electric motor that produces 176 of the total bhp.

We’re now starting to see the F1 KERS technology trickle down into production cars most notably with the new La Ferrari that was debuted at the 2013 Geneva Auto show this year. Expect to see it in some high end more affordable production cars in the next few years!