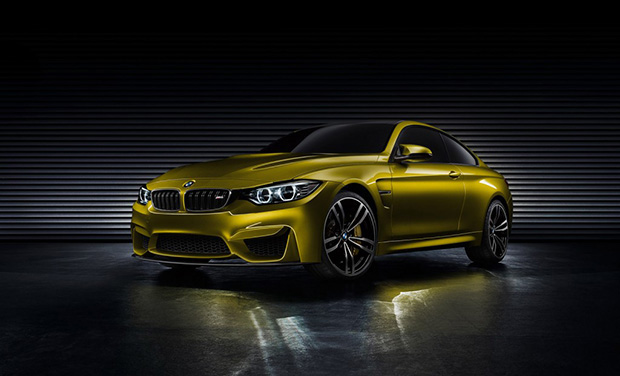 The blogosphere is abuzz with tales of a new beast lurking in the motoring circles, a successor to a famous and well-respected performance car. BMW’s M line has had its good and bad apples thus far – the mighty and powerful M3 and the prodigal son that is the M5. It’s still too soon to say whether the new M4, that will hit the market in 2014, will be a worthy successor to the cult car that has made the M series popular and established BMW as a producer of mid-level sports car (although the Z4 has helped somewhat in this regard as well). However, from what we can gather based on some of the information coming in, things are looking pretty good thus far.

The most exciting news about the BMW M4 is that BMW has confirmed that it will be coming out with a DTM version of the car for next year. For all the people that are not German car enthusiasts, DTM stands for Deutsche Tourenwagen Masters (German Touring Car Masters) and it is a Silhouette racing car series – think of it as the German NASCAR with more complex tracks.

This means that BMW has enough faith in the model to replace the M3 with it on the racetrack. Now, the standard version will be a far cry from the high-performance DTM version, but it will still need to be a pretty good ride if it’s going to serve as a base for the racing model.

Beside some aesthetic adjustments to the old M3 look, the BMW M4 will feature an aluminum and carbon fiber body and a new engine. While the V8 engine, which the M3 had, has become synonymous with power over the years, particularly for its prominence in American muscle cars, for the M4 BMW has opted more fuel-efficient and even more powerful 3-liter inline six, twin-turbocharged engine. The engine will have 420 horsepower and 480 Nm of torque, a noticeable increase from the M3’s old V8 engine. Although this is not a huge improvement, the M4 is also significantly lighter than its predecessor, which will allow it to go from 0 to 62 mph in 4.5 seconds and to drift through corners with ease.

Probably the best news for true sports car enthusiasts is that the M4 will be offered in a six-speed manual version along with the seven-speed dual clutch automatic version. A convertible version is planned for production in 2014 as well. Remember those aesthetic adjustments we mentioned earlier? Well, they are pretty fine from what can be seen in the M4 Coupe pictures that have been released. The car looks sleek and sporty, features 20-inch rims and probably carbon-ceramic disc brakes as an optional treat. Three big air intakes and four exhaust pipes fit in well with the overall sporty look, and the slightly raised hood is a nice touch. All in all, this two-door addition to the M family looks very promising and is worth keeping an eye out for.