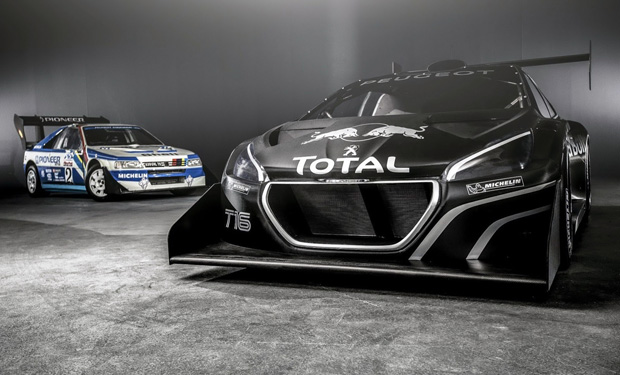 The second oldest motorsports race in America takes place this week in the Pikes Peak Region of Colorado Springs. This years “race to the clouds” is the 91st running since its inception in 1916.

Drivers from all over the world descend on the peaks on June 30th to rive the 12.42 mile course with 156 turns that begins at 9,390ft and finishes at the 14,110ft summit of Americas Mountain; Pikes Peak.

Competing this year for the first time since 1989 is Peugeot with their 875bhp ‘208 T16 Pikes Peak’ racecar driven by 9-time WRC World Rally Champion Sebastian Leob.

Amazingly there is a ‘Unlimited’ class at Pikes Peak, which basically means the rules are; there are no rules. Build a monster, race monster and win like monster. Which is exactly what Peugeot and Leob plan on doing. It’s refreshing to see a race where pure BHP, talent and balls will decide the winner rather than a parade of tire managed, over regulated F1 cars. The teaser video from Redbull gives you a little taste of what we can expect! Can’t wait!