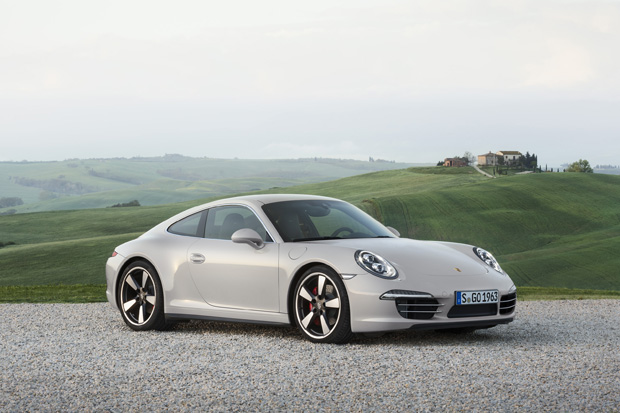 Since its debut at the IAA in September 1963, the 911 has been revered by car enthusiasts around the world as the epitome of the sportscar. The bestseller is now celebrating its 50th anniversary in Frankfurt, and Porsche is marking the occasion with a limited edition model based on the current 911 Carrera S.

Only 1963 special models are available – the same number as the year of the 911 world premiere.

In addition to a comprehensive features package and various visual references to the early years of this iconic sportscar, this very special 911 model exclusively combines the wide body of the all-wheel models with the traditional rear-wheel drive of the original 911, which also featured a flat-six engine that transmitted power to the rear wheels.

Can the 911 ever get any sexier than this?