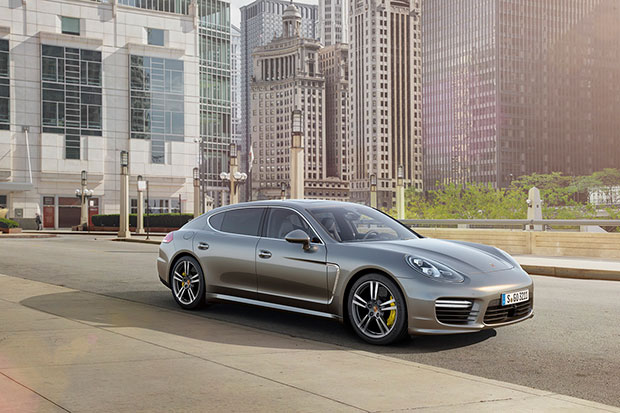 Making it’s world debut at the Tokyo Motor show, the new Porsche Panamera Turbo S is the fastest, most luxurious and most powerful Panamera to date with a massive 570bhp and a top speed of over 190mph.

Also now available is an ‘Executive’ version of the Panamera Turbo S that is 15 centimeters longer, providing bigger legroom and more space in the rear, perfect for keeping the kids at arms length on a long drive!

Featuring 20” 911 Turbo wheels that are much larger and wider than the normal Gran Turismo wheels and an extensive range of optional extras, this could well be the model that everyone wants. A quite unique palladium metallic exterior colour is only available for the Turbo S, and seeing it here, it looks very nice indeed. Not sure I would want it on a 911 or Boxster but somehow it really seems to suit the new Panamera.

It’s taken me a while to come round to the Panamera, initially hating it’s looks and everything that it stands for, but I really do think I’ve turned a corner with it now. I’ve yet to drive one, so it still hangs in the balance, but these new pictures really are making me think very differently indeed about them right now.