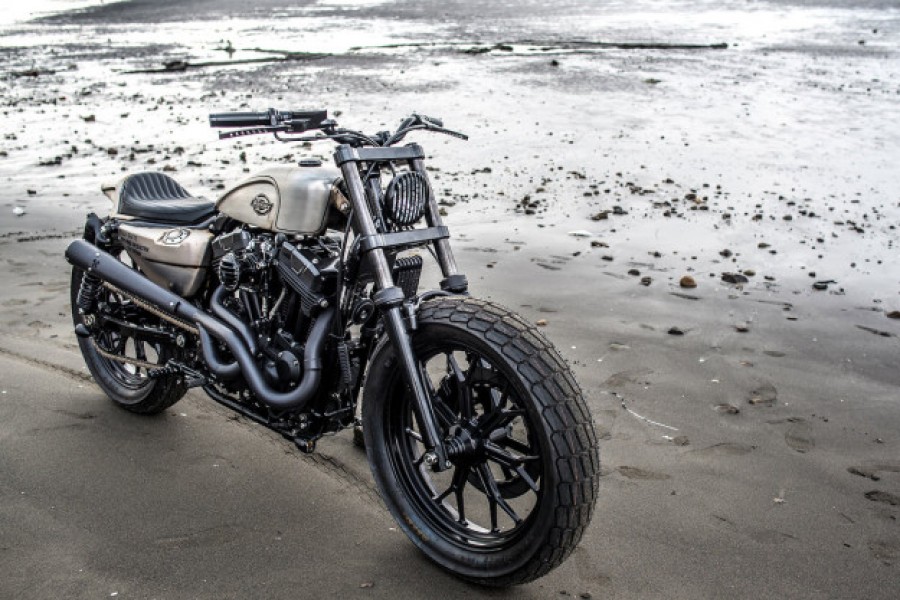 This Harley XR 1200 has been transformed by master craftsman Winston Yeh. The XR 1200 is traditionally a bit too chunky for most but the ‘Rusty slider’ ticks all the right boxes. Winston’s main inspiration for XR 1200 the was the XR 750 as Winston says that the XR 750 “is simply one of the coolest bikes ever”. At the time Rough Crafts were also working on their project the Harley Forty-eight so both the forks and swing arms were donated from that. Titanium black paint was used on the forks and were implemented with custom triple trees. 970 shocks have been placed on the rear of the bike. 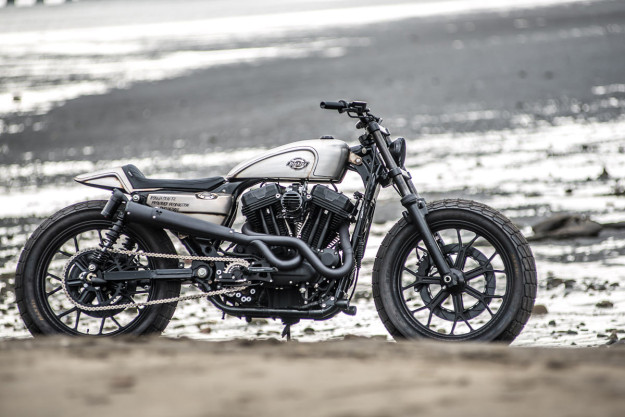 The Exhaust system is a supertrapp two-into-two tracker pipe which Winston bought back when his friend was selling his. Winston explain that it was a bit of an impulse purchase and he didn’t know what to do with it until the XR 1200 came along, a perfect opportunity to use the exhaust pipe. The wheels are a pair of Roland Sands Del Mar items 19″×3 with Maxxis dirt track rubber. The XR 1200 has been changed from belt to chain and now uses a Mikuni HSR42 carbs running velocity stacks instead of the stock fuel injector EFI system. 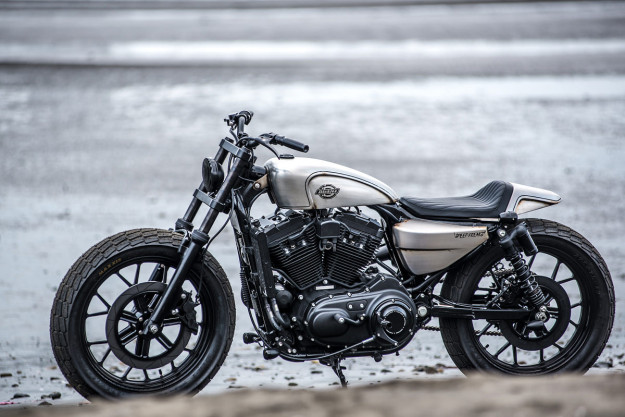 The brakes have been upgraded with a custom-made system using Lyndall racing composite rotors and performance machine calipers. A sportster tank has been used, Winston slightly narrowed it and then stretched it by 2″. Lights, handlebar,filler cap, grips, clutch cover and risers have all been added via rough crafts. Foot and hand controls are built out of a combination of rough crafts, Roland sands and Performance machines parts. 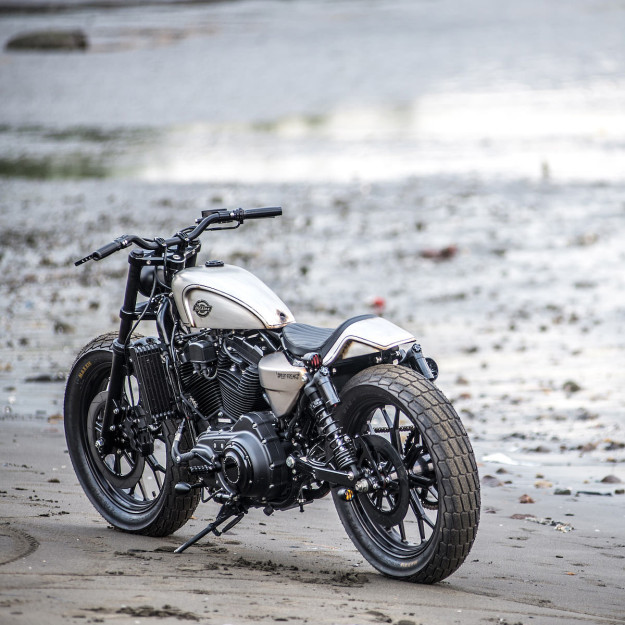 The rear header was turned to join the front header. Finally Air Runner added the finishing touches to the bike by giving it a slightly rusted bare metal effect paint job. The finish of the bike is of an excellent quality, the paint job really suits the theme of the bike. 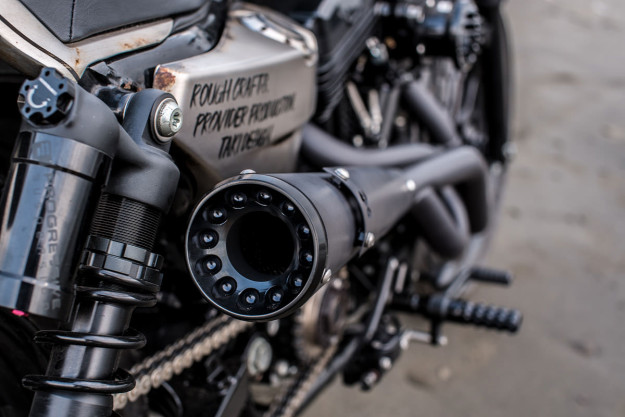 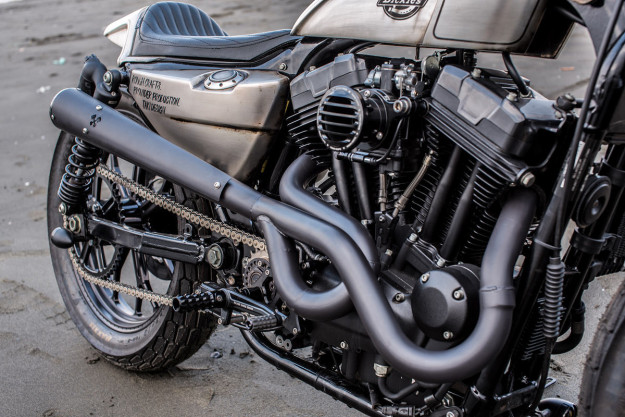 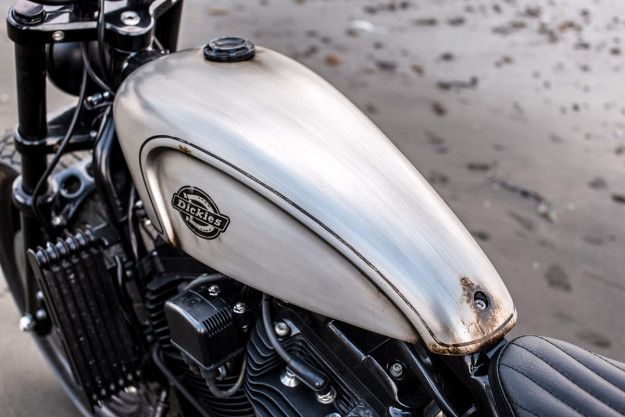