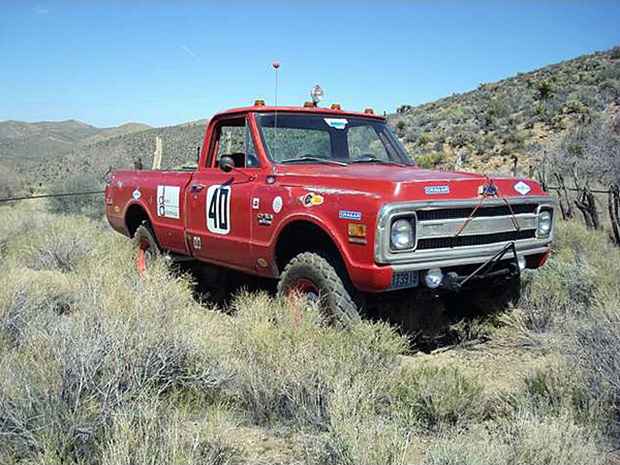 Steve McQueen purchased it in 1970 and held onto it until 72 when he was forced to divide his assets in his divorce and sell his home Brentwood, California home where his massive carport housed his pretty extensive auto and motorcycle collection. I can only imagine what they car port would have looked liked. (Maybe a bit like Jay Leno’s Garage, but with a bit more dirt on the tires!)

Sold to an employee of Vic Hickey, the designer and race builder who created the truck, it was used as a farm vehicle in Alturas, California, until it was re-discovered again by an off-road enthusiast in the 1990’s.

With only 14,000 original miles on the clock, the Chevy Truck comes up for Auction this week with Mecum Auctions in Santa Monica,