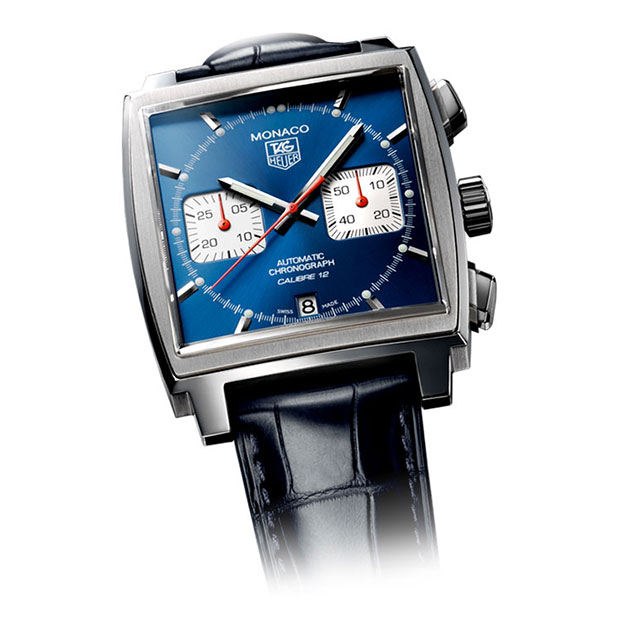 Without a shadow of a doubt this is my most favorite watch in the world ever. OK, so partly because I own one, but more importantly due to the endless list of reasons why I purchased it in the first place. So lets firstly forget the whole Steve McQueen connection. It’s too obvious and while it’s cool and interesting, there is so much more to the Tag Heuer Monaco in today’s modern world that we could talk about for hours on end.

Everyone probably knows by now that the King of Cool; Steve McQueen wore a Heuer Monaco Watch in the 1971 film Le Mans. It’s a great film, so definitely check it out.

That innovation continues today with models like the Monaco V4, the World’s first timepiece with a belt-driven transmission. The watch remains largely similar from a visual perspective, which is a good, after all, you are buying a piece of history here and you want it to look that way.

TAG is also now a major player in motorsports sponsorship and part owner of the McLaren Formula 1 team, ensuring that TAG Heuer watches and specifically the Monaco continue to be worn by the greatest motorsports starts in the world. Monaco is also not the only F1 track to have a range of TAG timepieces named after it, there is the awesome looking Silverstone too.

Popular culture and TV shows like my recent favorite Breaking Bad seem to be immune from the charm of the Monaco too, with Walt proudly wearing his Monaco Watch throughout the last couple of seasons.

Whilst an expensive timepiece this really will last a lifetime and beyond quite frankly. Mine has already increased in value by a few thousand bucks, so it’s an investment too. Not many things you can still say that about these days!