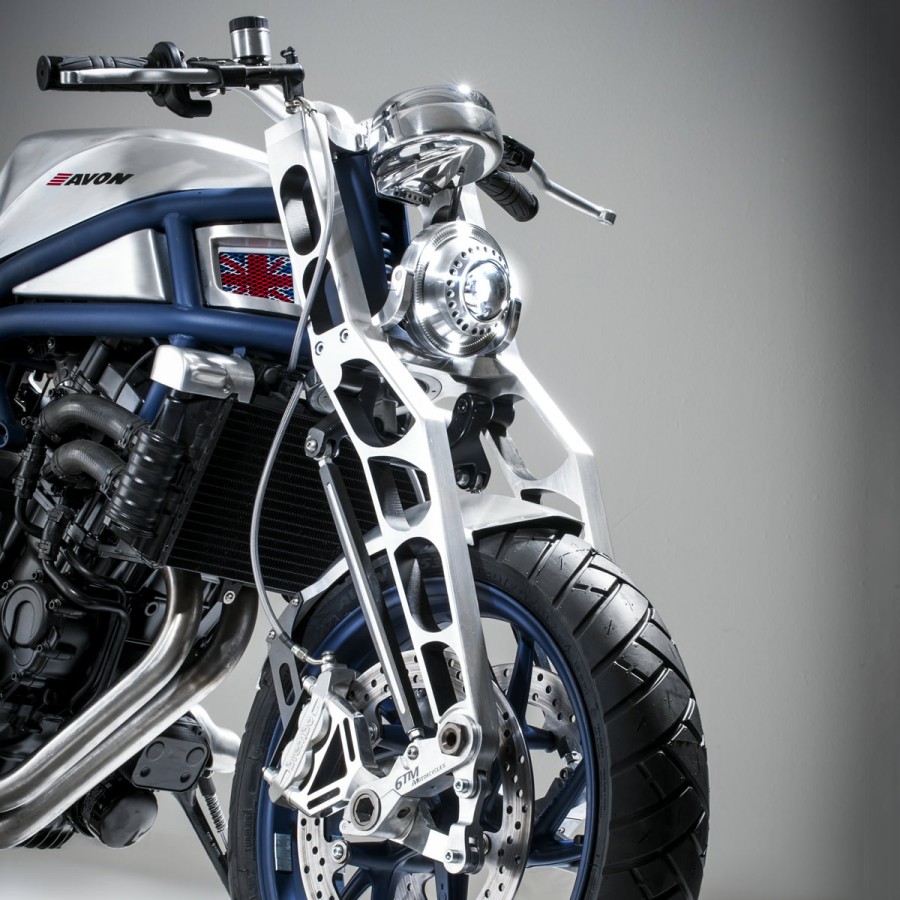 The TrailRider X-over was specifically designed to showcase the new dual-sport rubber tyres, designed by Avon est.1904.  Avon states that the tyres have a higher silica content than any other motorcycle tire, meaning better control for the rider and better mileage for the bike. A BMW F800S and its Rotax parallel-twin engine were used for the bike to showcase these new wheels. 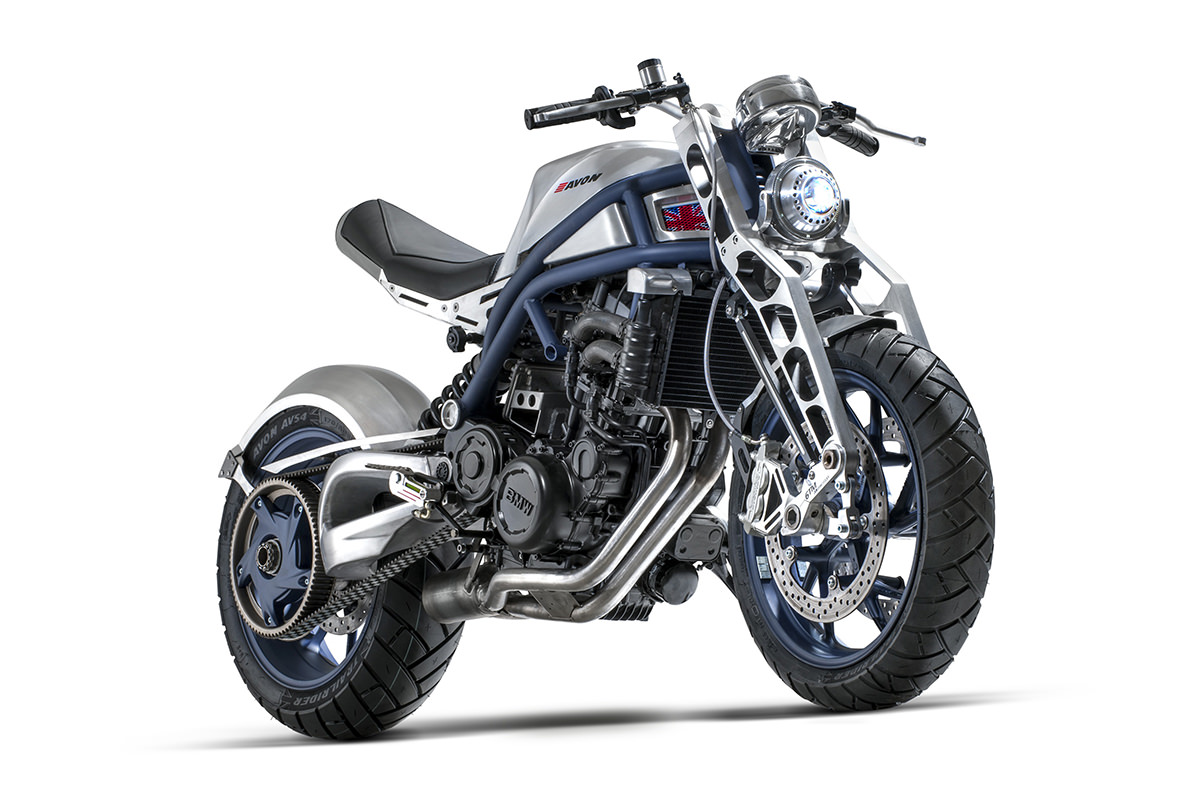 The two creators of this bike are Charles-Henrick Gaurier and Thierry Marie. Charles works for Avon France and said the engine choice might seem a bit different but it’s just like classic British engines “from the good old days”. The only elements of the bike that have remained are the swingarm, wheels and the power plant. A custom front suspension has been made that separates the steering and damping with one single shock that is located in the steering column, fully adjustable. 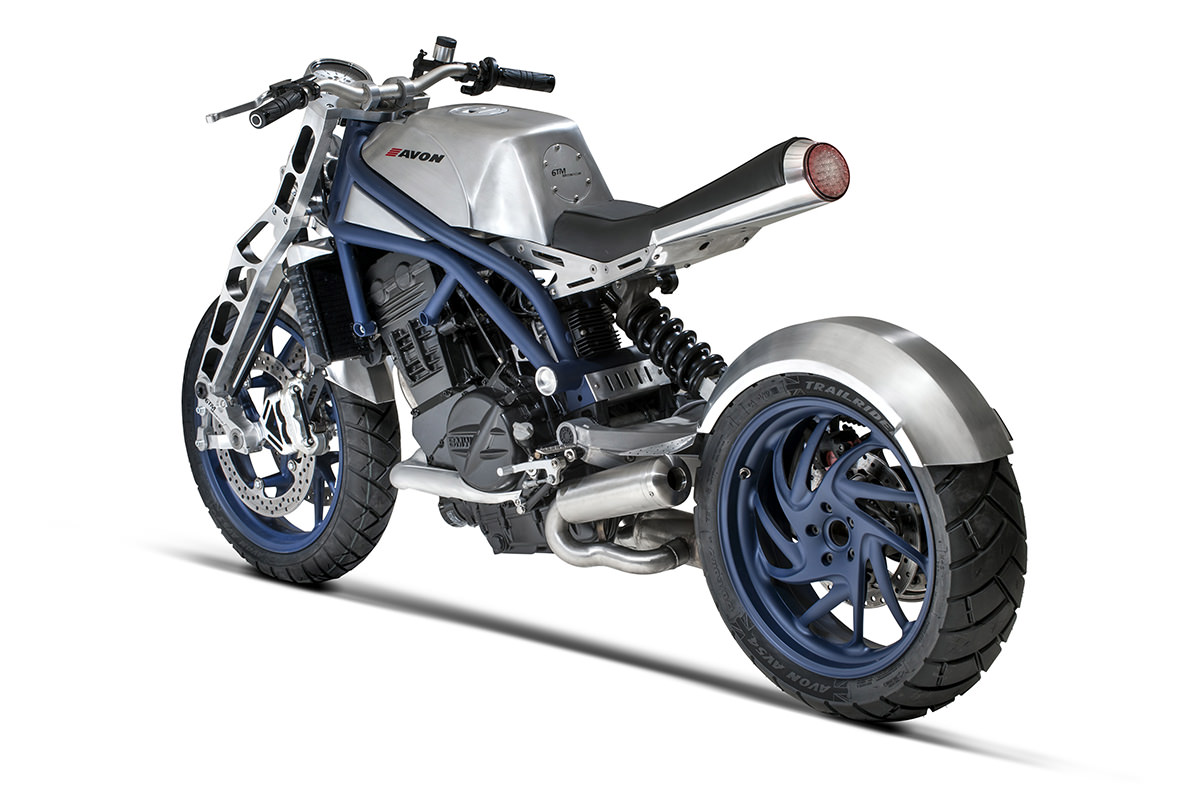 Thierry built all the custom-made components, which include a frame, tank , fenders, speedo casing and the seat cowl. The Headlight is LED unit that has also been custom-made for the bike. Most of the bike has the aluminium left on show with the frame and wheels in British Airways Blue. A small Union Jack has been painted on the air intake, which adds a little more color to the bike. The choice of not painting the whole bike is a great choice, the aluminium really compliments the style of the bike. This leaves the wheels left to stand out on the showcase bike. The TrailRider X-Over looks incredible and the expert craftsmanship really shows in the finished bike. Charles and Thierry went all out to show of the new tyres by Avon and I’m sure they’re very pleased with the outcome. 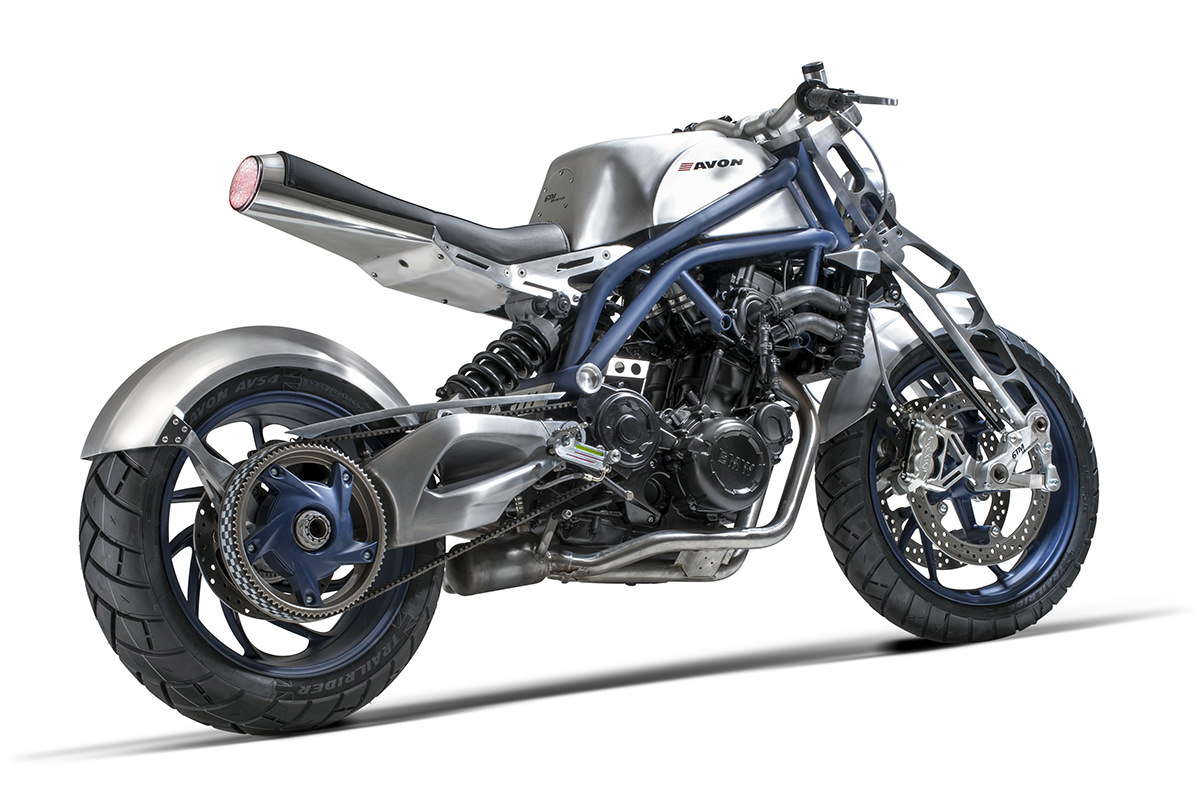 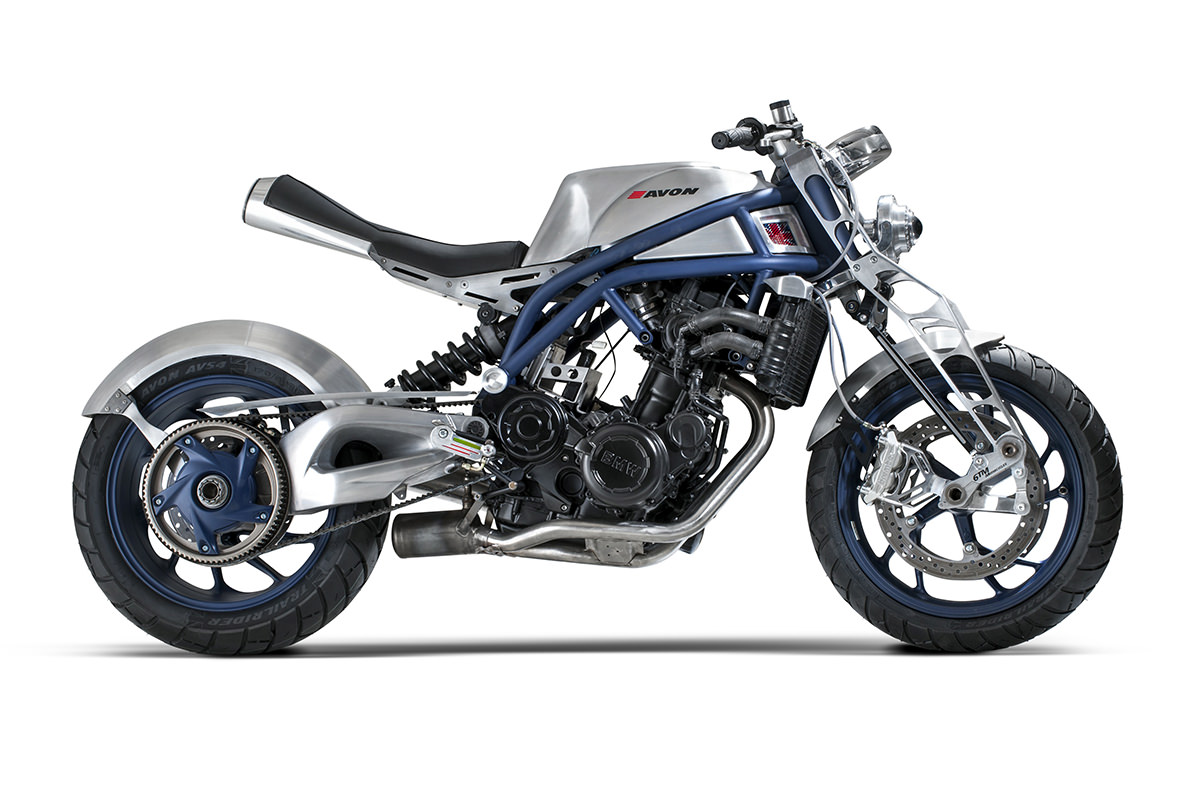 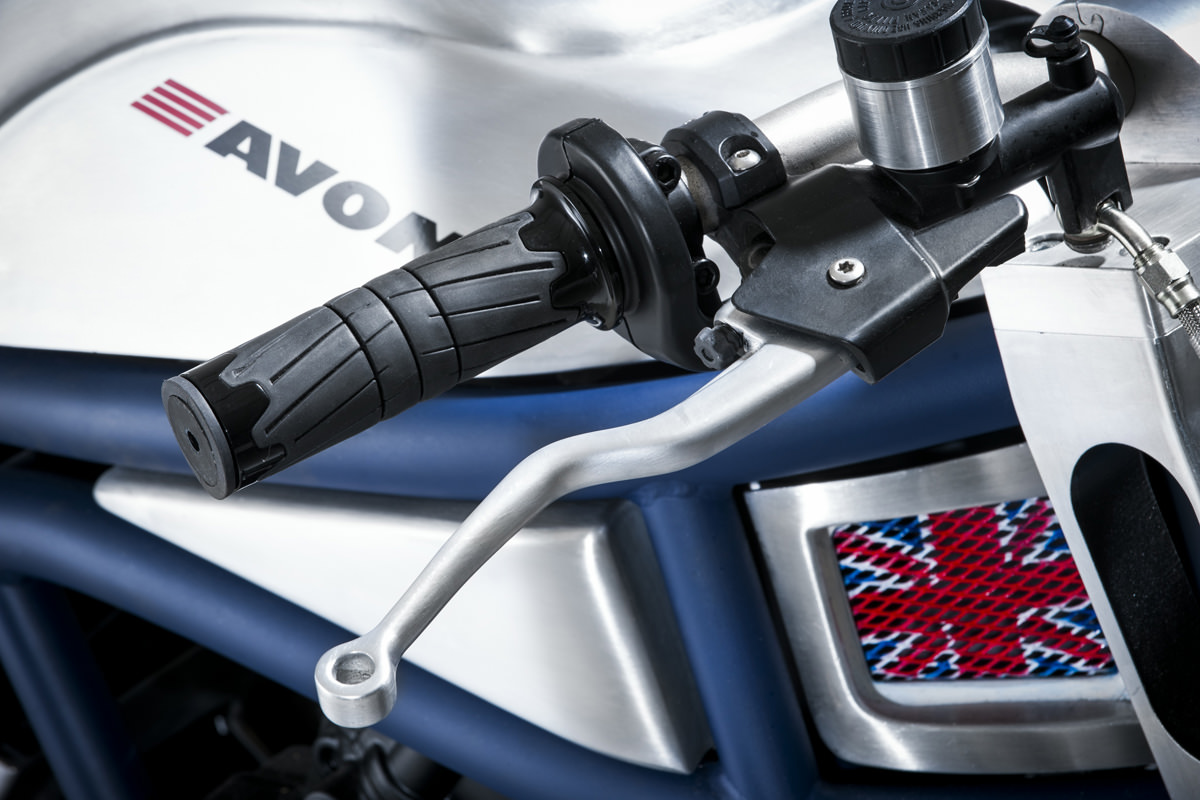 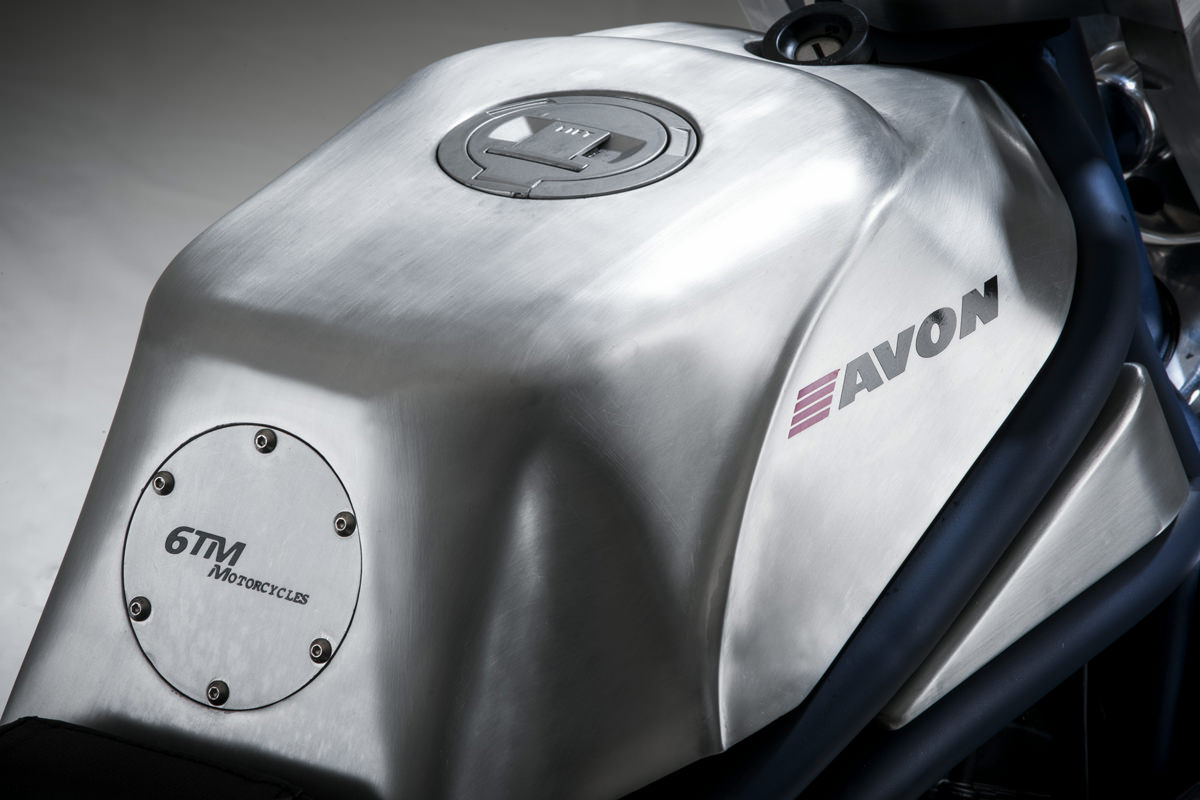