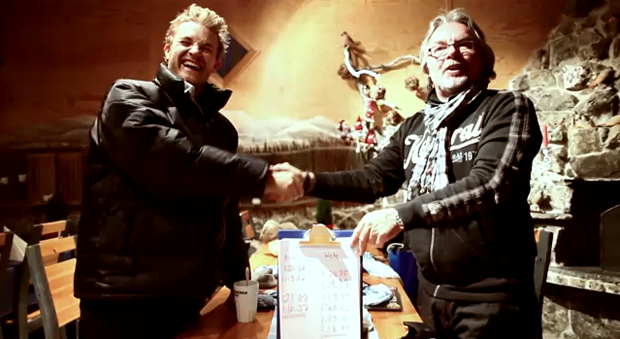 It’s never been done before but this years 2013 Monaco Grand Prix saw two generations of drivers win at what some see as the biggest and best race on the Formula 1 Calendar. Williams driver and 1996 World Champion Damon Hill came close in the past achieving a couple of second places on the podium firmly in the shadows of his father and two times world champion Graham ‘Mr Monaco’ Hill’s impressive five wins in the principality.

But this year saw Mercedes driver Nico Rosberg storm to an impressive win starting from pole position, 30 years after this father Keke Rosberg wonin 1983 driving a Williams-Ford and starting from fifth on the grid.

So with 30 years of technology between them, we can’t really compare the car, but what about the drivers? Just who is fastest Nico or Keke? Only one way to find out!