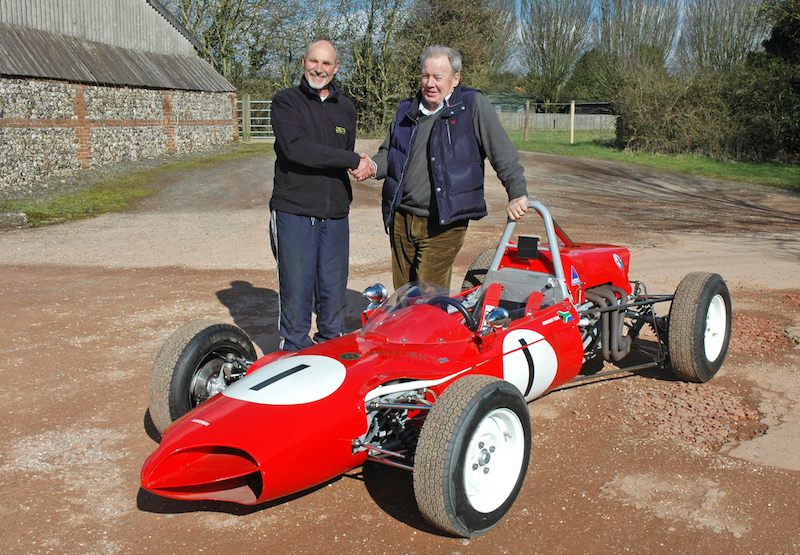 If you associate well-known names from South Africa with Formula One, the first person that may pop into your head is world champion Jody Scheckter, who took the title with Scuderia Ferrari back in 1979.

What many may not know is that there was a sole South African-built car, that attempted to compete at the 1962 Rand Grand Prix, but failed to qualify.

That car was the Assegai, built and driven by the late Tony Kotzé, who was both race driver and engineer. Kotzé passed away three weeks ago, but his spirit lives on in his creation.

Powered by an Alfa Romeo 1.5-litre 4-cylinder engine and mated to a five-speed manual gearbox, the Bond Cars entry was amongst 14 cars that failed to qualify.

However, the Assegai, named after a zulu spear, will make its return to racing in this year’s Grand Prix de Monaco Historique, which takes place between the 13th and 15th of May.

It seems as though the car shares some of the design language of the Ferrari 156 at the front, thanks to the fascination and keen eye that Kotzé had, whilst building his creation.

Unfortunately, the Assegai didn’t have as much pedigree as the 156, which took the manufacturers’ title in 1961 and 1964, with Phil Hill taking the drivers’ title in the first season of the 1.5-litre regulations.

But this could all be set to change in the streets of the most glamorous location, when it comes to racing.

John Carpenter, who used to work in Formula One, bought the car as an enthusiast and collector in August 2015 at Historics of Brooklands.

Having been fully restored to comply with the regulations of what is a blue-riband event in the world of classic racing, this has been a pain staking process, as Iain Rowley and his Delta Motorsport operation, based out of Nuffield, have taken all the necessary steps to ensure it returns in original condition.

“It’s such an honour to be accepted by the ACM, The Automobile Club de Monaco, to compete the car at the tenth running of the biennial Grand Prix de Monaco Historique,” said John, as Iain will be getting behind the wheel to compete.

“Since buying the car at Historics at Brooklands last year, Iain and I embarked on a hugely time-consuming voyage of discovery to ensure the Assegai is presented in entirely original mechanical specification in all respects, as demanded by the organisers. It’s been a great challenge but also a real labour of love.”

Another classic is restored to its former glory, and for us here at King of Fuel, it’s fitting that Tony’s legacy will live on through his work, which was typical of the “garagistas” that were de rigeur back in days of yore.