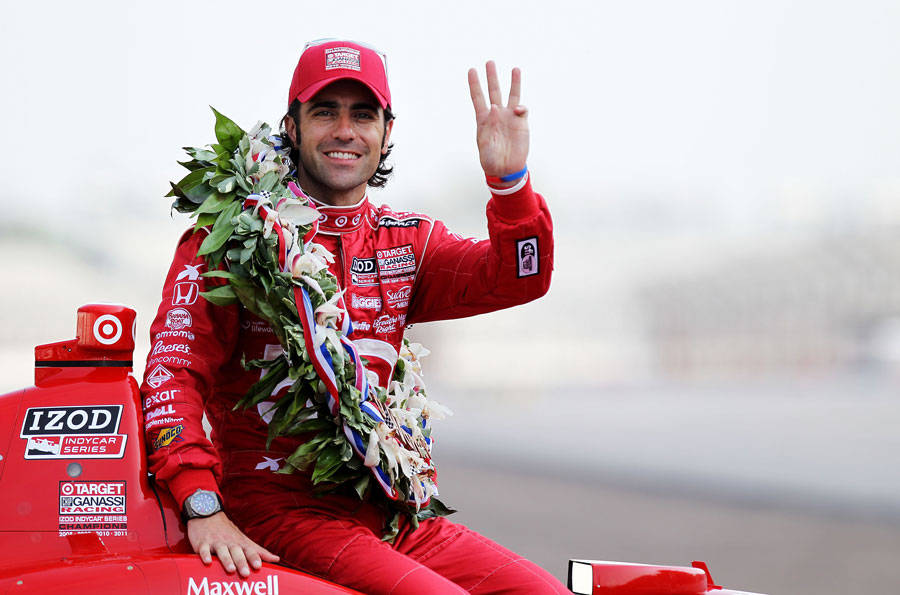 There are many books about motorsport, which chronicle years gone by, but there is one that tells a very different and refreshing story.

“Romance of Racing” chronicles the thoughts of one man, three-time Indy 500 winner and four-time Indycar series champion, Dario Franchitti, about his peers, heroes and close personal friends. This charismatic and well-presented Scotsman, who raced in the junior formulas, before heading over to the Deutsche Tourenwagen Masters, ended up making a name for himself stateside.

Having eventually been persuaded by the editor of the book itself, Andy Hallbery, to collaborate on such a project, Franchitti brings an emotive quality to this book, which captures your attention from the very minute you start reading.

He talks about his brother Marino and cousin Paul Di Resta with a family gusto, along with some of the greats within motorsport. That includes the likes of Sir Jackie Stewart OBE, John Surtees CBE, Sir Stirling Moss, the late Dan Wheldon, Mario Andretti, Allan McNish and many others.

It’s a side of motorsport that we don’t really see that often, which makes such a candid view from a great driver like Dario even more interesting than the norm. With a very cordial foreword from the great Emerson Fittipaldi, with Sir Jackie Stewart himself also putting more than just a few kind words in about the Scot himself, it is a well-rounded and immaculately-produced book that shows a true passion in every sense.

It’s also accompanied by some of the great imagery from the likes of the iconic Paul-Henri Cahier and LAT Photographic, which also showcases the love that Franchitti has for racing, whether it is on two or four wheels.

Being a true historian, Dario’s own personal essays, coupled with some of the greatest photographs during racing days past and present, are literally spellbinding. It shows his character and his persona even further than what we have seen during and after his race career. I can only say that it is a triumph, both in terms of both content and imagery, as well as through the hard work that’s gone into it.