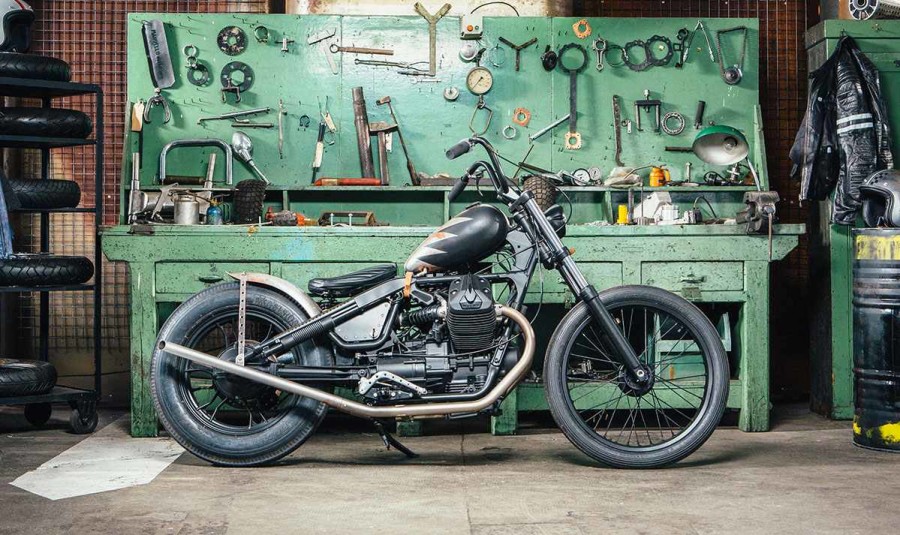 Raise Hell has be born out of reality TV, but thankfully not the Simon Cowell variety, although he is more than welcome to make his way there. Whilst both sides of the Atlantic have had to endure the musical output of this man, the Italians and Moto Guzzi have come to the rescue by creating a reality TV show dedicated to the world of customs. The show, ‘Lord of Bikes‘, pits the best 10 custom garages in Italy against each other in what we can only describe as ‘build off’. For each duel, a specific theme is chosen by the judges, from which a new Guzzi V7 is delivered to the garages along with a €3,000 budget and 15 day deadline.

For Anvil Motociclette the topic was Quentin Tarantino, which in itself is a licence for creativity. Anvils vision was to create a bike for a future Tarantino film, pulling in his trademark use of 70’s iconography and American muscle, all packaged within an rough aesthetic.

In true Tarantino style they began by cutting the bike in half. All the rear was rebuilt completely changing the classic frame into a hard frame with Inox Duplex steel tubes, creating a stronger bike than the original. They modified the driving settings with a calfskin leather spring seat. Then the handlebar was replaced with a higher one, as in the 70’s, the same for the gas tank, leaving a place for a smaller one for a higher concentration of rock. The fuel pump was switched with a more powerful one, that alongside the open muffles give the bike a special roar – certainly one that Mr Cowell hasn’t heard before. Taking cue from chopper history, the front wheel was replaced with a 21”, with the rear tire taken from a 50’s pick-up. 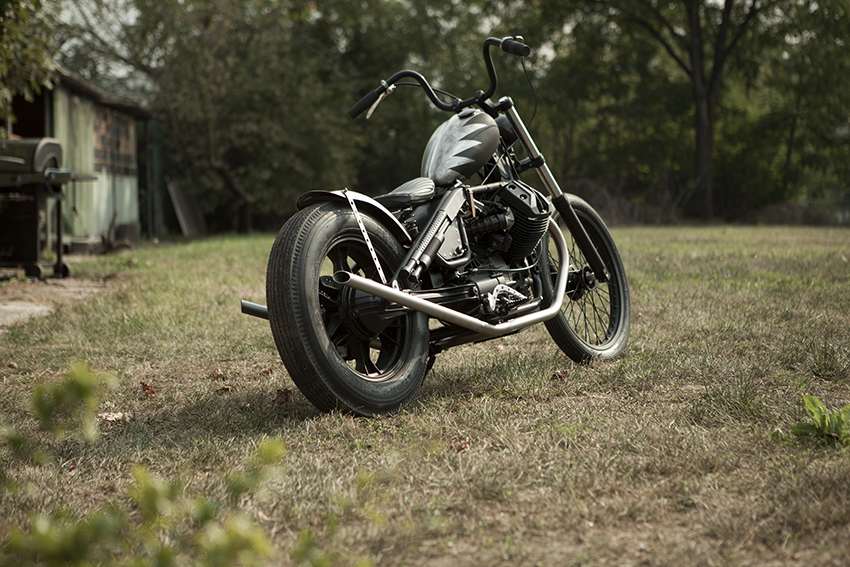 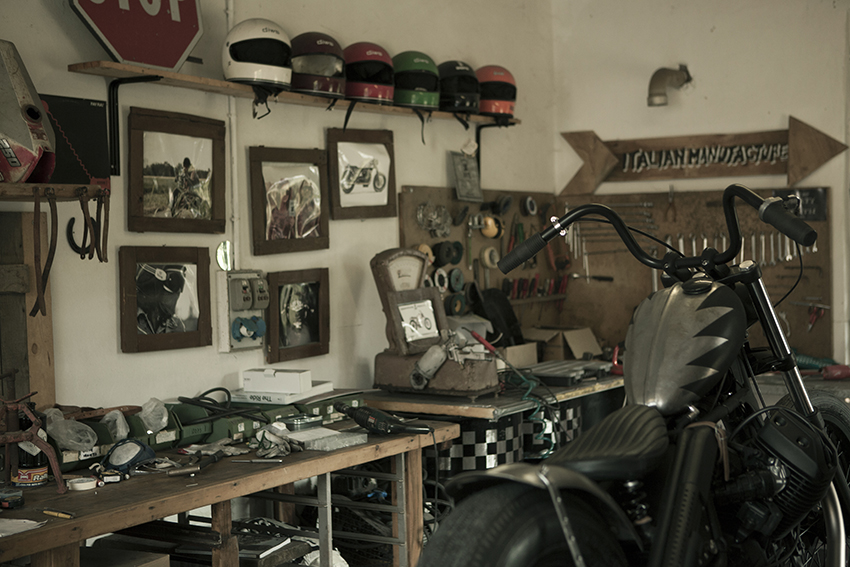 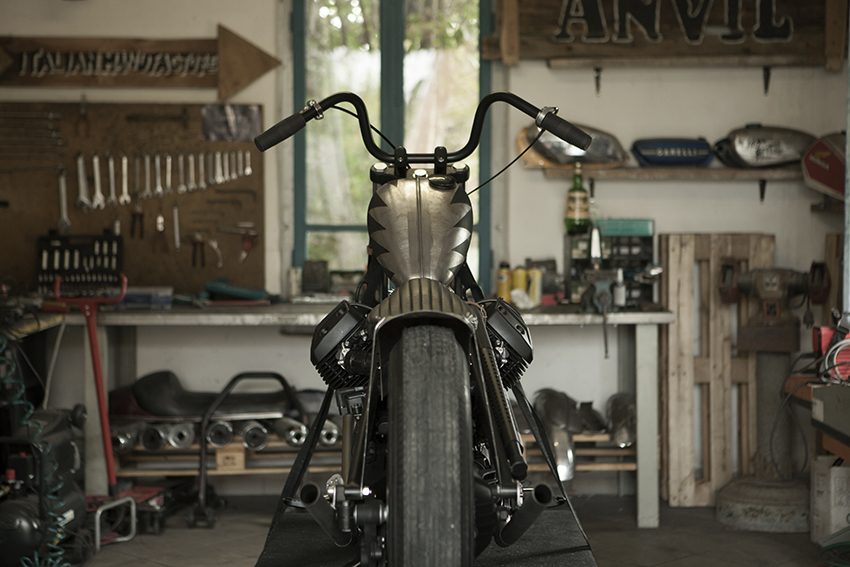 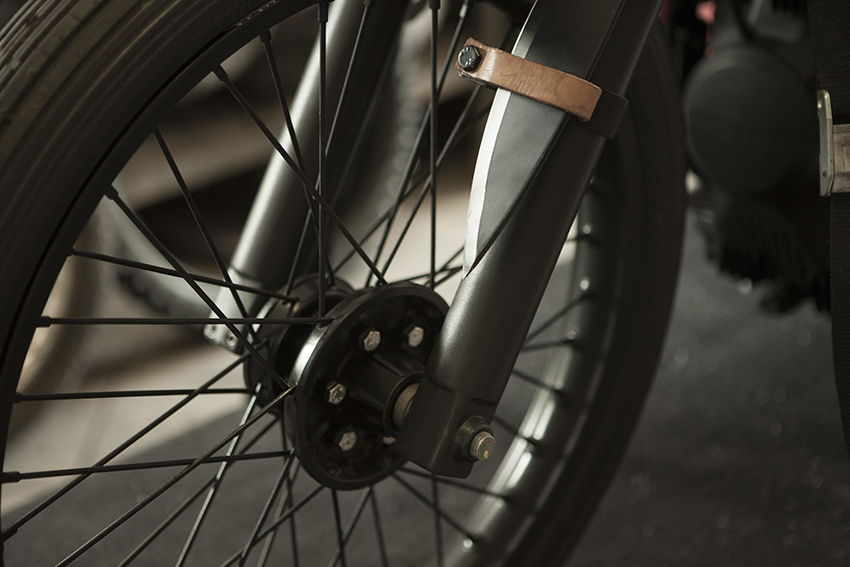 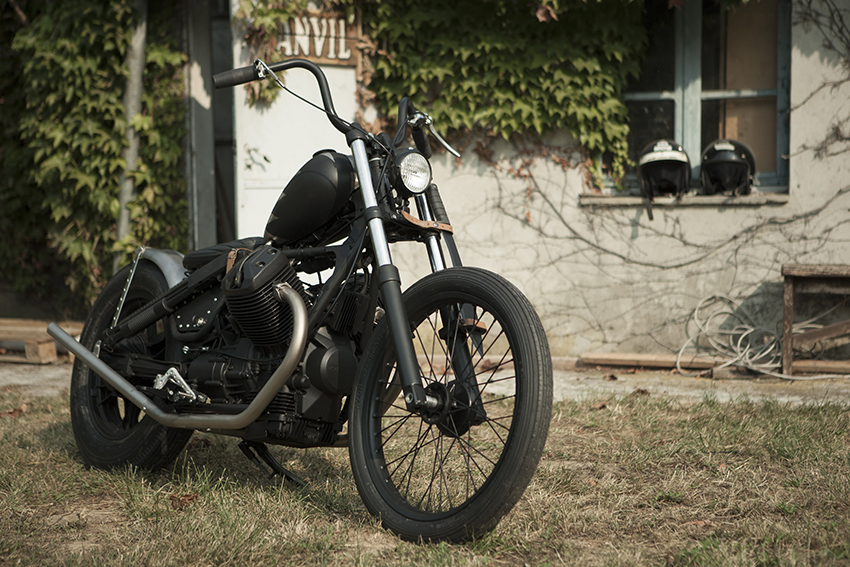