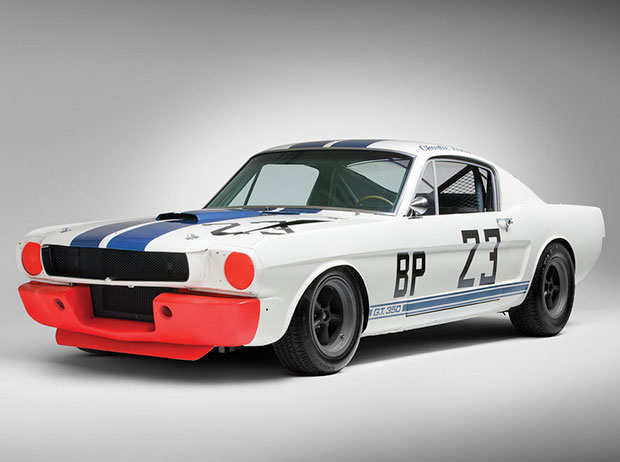 What true car lover has not dreamt of owning the 1965 Shelby Mustang GT350 R? And this is slated to be auctioned in March of 2014 for upwards of $1.2 million. This particular beast won 17 straight racing victories from 1968 to 1969 while being driven by the famous Charlie Kemp. With original body panels and even the proper K-Code stamps, this Shelby remains currently eligible for many races of today. Only 33 of these rare beauties were ever produced, with 4 leaf springs that are semi-elliptical on the live rear axle, an HD ant-roll bar, and an independent front suspension with single lower arms and upper A-arms, the 1965 Shelby Mustang GT350 R is one of the most sought after speed demons ever manufactured.

The original Ford 5R538 Chassis was actually constructed in 1965. The first owner, Roger West, had some modest racing success with it, but let it go in 1967. Kemp had already seen the Shelby in action and jumped at the chance to own her. He paid only $4,600 cash for his rare find, but the secret hidden treasure was securing the GT’s original mechanic, Pete Hood.  The team of Kemp and Hood went on to change racing history by capturing 17 consecutive checkered flags, their first being in the 1968 SCCA Regional at Daytona.

Read more about the GT350 on the RM Auctions website