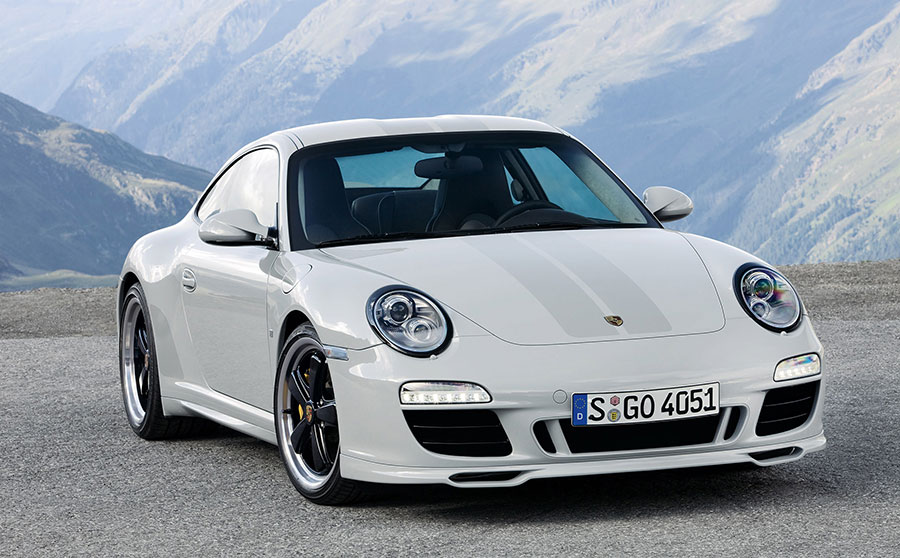 This is the quite beautiful Porsche 911 Sport Classic, a limited edition 911 model launched at the Frankfurt Motor Show and released back in 2010.

Priced at €169,300 and limited to a production run of only 250 (32 of which were available in the UK with none being made available to the US market.) it was released to “mark Porsche’s return to the tradition of occasionally issuing ultra-exclusive production cars”.

Created by the ‘Porsche Exclusive’ department (Porsche’s special department that caters to the creative desires of its customers, similar to Ferrari Tailor Made & Aston Martin ‘Q’) the Sport Classic was developed over three years, showing incredible attention to every detail, with each aspect of its design catering especially to the most demanding 911 of aficionados.

The unique styling includes features like the awesome looking ducktail rear spoiler taking its inspiration from the 1973 Carrera 2.7 RS, the double-dome roof as seen on the Carrera GT and the nostalgic custom-made 19-inch wheels, painted black like the classic Fuchs rims featured on many vintage 911s.

Powered by Porsche’s 3.8-liter flat-six engine, normally found in the 911 Carrera S, with a power increase of 23bhp taking it to 408bhp, the Sport Classic was only available with a manual six-speed gearbox, but ceramic brakes were fitted standard.

The general feeling at the time of release was that whilst it was a very special 911 with the drive, ride and attention to detail delivering as the name suggests an ‘exclusive’ experience. However, the extra €80,000 that it cost over and above a standard Carrera S of which it is based, was somewhat extravagant, especially given that you could nearly buy two Carrera S’s for that price.

“Consider this your pension fund”

Fast forward to now and the 911 Sport Classic has now become something of a rare beast in demand by just about every Porsche dealer and collector on the planet. We very recently heard of someone selling theirs for a pretty healthy €40,000 profit. Topgear.com finished their initial review by saying “Consider this your pension fund” and it seems like they were not far wrong at all.