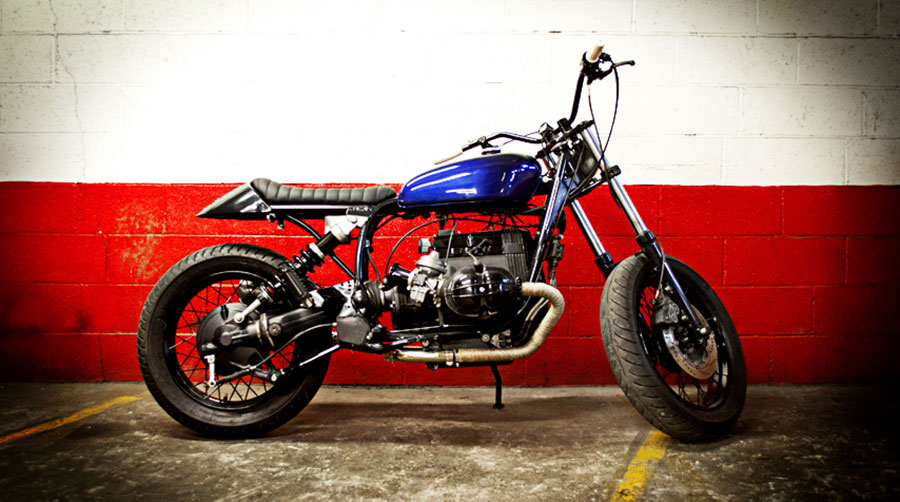 Built using a donor 1993 BMW R100R this is the latest project by the team at Blitz Motorcycles the Blue Phantom. Restoring the original bike from the ground up, the new flat tracker has a custom fabricated rear loop including stop and tail lights. A bespoke seat and a fully restored engine including new pistons, new rings and new gaskets. Blitz Motorcycles told KOF:

“This project was undertaken on behalf of a man who could be considered as the perfect mix between an English Lord and a German Engineer. It was therefore natural for us to go for a BMW as a donor machine and to add a bit of an English ‘touch’ by using an official Rolls Royce blue on the tank often seen on the Phantom. This also gave birth to the name ‘Blue Phantom’.”

The guys at Blitz, really do produce some pretty awesome bikes, and their flat trackers have such a defined style and presence I can’t wait to get my hands on one!