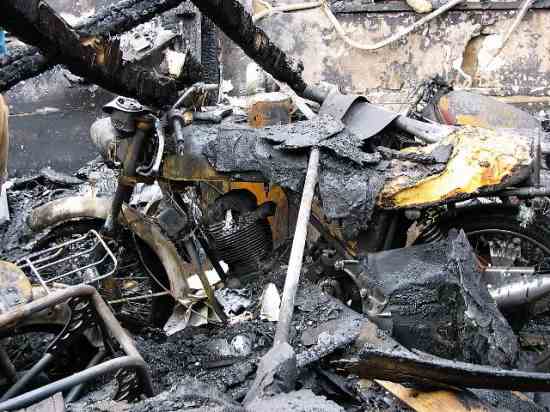 We thought we were better didn’t we? Overhyped fraudulent businesses were meant to be the reserve of slick city boys, not guys in leather biker jackets and race tracks in their backyards. The more I read about the debacle at Norton the more depressing and personal it becomes. I’m not an owner of Norton or a fan of all their bikes, but as a motorcycling purist and an advocate for preserving engineering talent beyond race to the bottom economics, Norton provided a glimmer of light and proof that hand built quality (albeit often questioned) could thrive and bring some antidote to a world that has become increasingly sterile in design and pumped with free and easy cash.

Well that idea is now shot and it personally hurts akin to finding out your favourite superhero is a fraud. I’m not of course the only one to have my judgement clouded by romanticism. The likes of UK chancellor – George Osbourne, and ex-Prime Minister Theresa May, Business Secretary Vince Cable, and Trade Secretary Liam Fox, all fought it out for photo and PR opportunities with Norton, and threw in a few million quid in loans and government grants. (Bodes well for UK’s Brexit negotiations that these crackpots are steering the ship  – eh?)

While my cynicism has edged up a notch I’ll eventually recover in the hope that someone with an ounce of scruples, a business plan, and a genuine passion for motorcycles and the engineering craft steps in saves the company and its valued heritage. Alas Its probably too late for the workers and the many pensioners who invested their pensions into a business that makes the likes of WeWork look respectable. Well for now, RIP Norton. You join an illustrious list of defunct British Motorcycle Brands that don’t deserve to be in the same list as you.