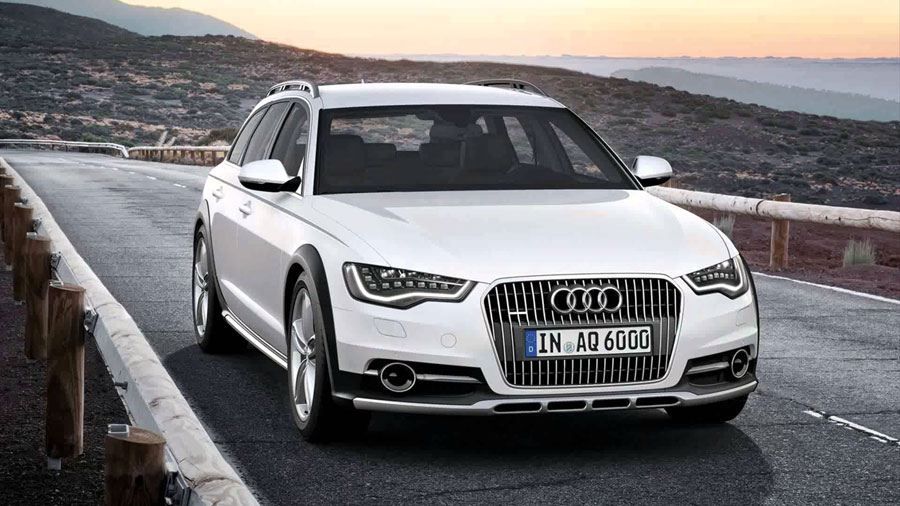 Off-roaders are really turning a corner in this modern era of motoring, and Audi, who brought ‘Quattro’ to the road from the racing world, have now given a new sporty edge to the A6 Allroad.

The new Sport model is now available to order at your local Audi Centre, starting from just £49,455, so you can have your four-wheel-drive and sports fix when the winter months set in.

Based on the A6 Avant, the Allroad has been a welcome staple addition on the range, providing those with heavy-duty lifestyles a clear alternative to just having a typical estate car.

Alongside the standard version, there are three high-output diesel engines to choose from, with the range-topper being a bi-turbo V6 TDi. It produces 320PS, transmitting all power to all four wheels via an eight-speed tiptronic transmission.

Yet despite it being a diesel, the bi-turbo engine will help power this behemoth to a top speed of 155mph, with 62mph being attainable in just 5.5 seconds.

Air suspension is standard on the Sport, which is just one of the many technical features that Audi is well-known for, in order to be the best in what it preaches.

For those keen “off-roaders,” who like venturing onto the path less travelled, the air suspension can be raised by 10 millimeters with the lift system, along with Hill Hold Assist and Hill Descent Control being fitted to ensure greater control when you tackle those steep and challenging gradients.

The Ingolstadt brand’s latest offering, in terms of night-time visibility, is the famed Matrix LED lighting system, which can specified instead of the standard xenon headlamps.

The Matrix LED lights have been developed as a part of the brand’s efforts in the FIA World Endurance Championship, where they have had major success.

This also has a high beam assist function, which means that the car will control the angle of the high beam, adjusting it when oncoming traffic hits the field of vision. A heads-up display is also available, along with a really trick piece of kit that is the night vision assistant.

Like a lot of premium car makers these days, it uses thermal imagery to detect people and large animals and assist the driver to react instantly. Plus the Sport model has a few visual differences to appeal to the eyes to make it stand out from the standard offering.

So with great refinement, Germanic build quality and reliability, your journeys on and off-road will be a piece of cake, no matter your choice.