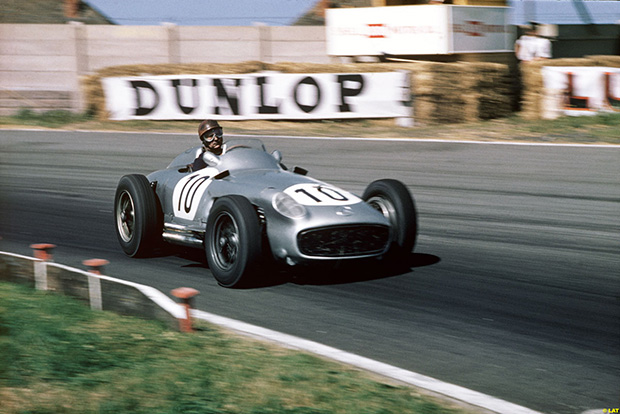 The Mercedes-benz Formula 1 Grand Prix car that Juan Miguel Fangio drove to victory in the 1954 German and Swiss Grand Prix has been sold for a record breaking $29.65 million.

Raced over two seasons 1954 and 1955 the Mercedes W196, also driven by Sir Stirling Moss collectively won 9 out of the 12 races that it was entered in, ensuring its place in motor racing history as one of the most significant motorcars of the 20th century.

The Mercedes W196 now enters the record books, beating the previous record set by a 1957 Ferrari 250 Testa Rossa Prototype which went under the hammer for $16.4m in 2011.

The 2.5 liter straight-8 W196 had many innovations of its day such as; fuel injection, Mercedes-Benz all-independent suspension, all-round inboard-mounted brakes, Multi-tubular ‘spaceframe’ lightweight chassis design and Power take-off from the center of the engine’s long 8-cylinder crankshaft to minimize vibration.

Making it a true innovation in the Formula 1 racing world in its day and the first open-wheeled ‘slipper’-bodied post-war Mercedes-Benz to win a Formula 1 Grand Prix race. What makes this racecar even more special and why perhaps it reached such a high auction price, is that Mercedes only raced for two seasons in Formula 1 in the 1950’s and didn’t return again fully, with their own team until 2010.