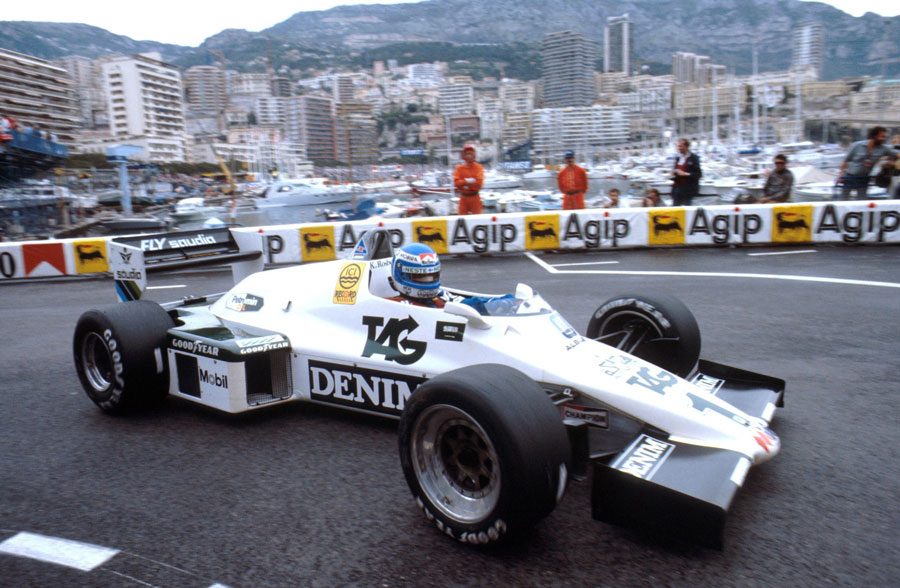 Many may have thought that just because the late Ayrton Senna was to sadly end his Formula One career in a Williams that it was his first time driving the a Williams, but the Grove-based outfit gave the plucky Paulista his first test in the FW08C back in 1983.

Senna may have posted a faster lap around Donington Park than the current drivers at the time, Keke Rosberg and  Jacques Laffite, but the “Flying Finn” won at Monaco that year, as well as taking second place at Detroit.

For those die-hard F1 fans that want to hear this legendary car, which will be at the Autosport International Show next January, will be happy to hear that this car will not be at the Williams display that weekend.

However, this Cosworth-powered leviathan will be happily laying down some rubber during the Live Action Arena, as fans will be able to hear, see and smell the experience up close and personal.

The FW08C itself was the last Grand Prix car to win a non-championship F1 event, which took place at Brands Hatch GP on April 10th, with Rosberg taking pole position and the win.

The 1982 world champion would finish ahead of Tyrell’s Danny Sullivan and Alan Jones in the Arrows, despite Ferrari driver René Arnoux pulling past on the first lap, before struggling with tyre issues.

1983 saw the banning of “ground-effect” which gave other teams, like McLaren and Ferrari, a chance to counteract the success enjoyed by Colin Chapman’s Lotus outfit.

Even though he was disqualified at the opening round in Brazil, Rosberg would still finish in fifth as the highest-placed Cosworth-powered driver, with the team taking fourth in the constructors’ championship.

The car would take part in Formula One for the last time at the European Grand Prix at Brands Hatch on September 25th. Briton Johnathan Palmer made his F1 debut in the third Williams FW08C, finishing 13th, whilst Laffite would not qualify and Rosberg would retire.

Despite being retired from active service, the car has been kept in fine fettle, thanks to the Williams Heritage team, led by ex-team manager Dickie Stanford, so expect a bit of smoke, a few marbles and a lot of noise at the NEC.