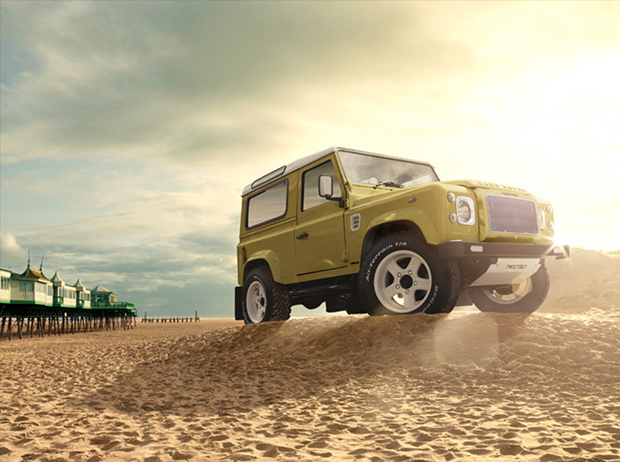 The great 4×4 tradition that is the Land Rover Defender has been with us for a number of decades now since it started production in 1983, and it’s resilience and longevity has been something of a comfort to many a farmer, off-roader, land owner and explorer alike.

With the famous ability to go anywhere at anytime, the Land Rover Defender delivers so much to its owner, but in the looks department, well its fair to say it’s ‘functional’ at best. That was until British custom company Twisted came onto the scene a few years back, initially making performance parts and upgrades to Land Rovers, but now more importantly creating the stunning marvels of engineering and styling like the awesome Retro Edition.

Taking a stock Defender 90 the team at Twisted transform the 4×4 into a retro marvel guaranteed to get you jealous looks no matter the location. Additions include: Twisted P10+ Performance Kit, 18″ sport alloy wheels in gloss white with BFG Tires, color coded bumpers, Exterior respray in sand/nato/pastel and gas B6 dampers along with a whole bunch of other upgrades.

Your everyday Land Rover and so much more.