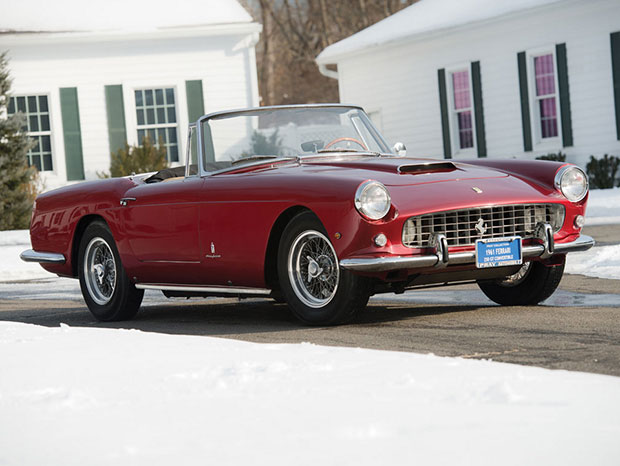 The 1961 Ferrari 250 GT Series II Cabriolet had a rather bizarre beginning. Back in the late 1960’s, car dealers and wholesalers used to meet under New York’s Highbridge for making secret deals and trades. Deals were made quickly, and you had to get there early and often in order to find the best stock.

The car required minimal restoration. The convertible speedster came with the original hardtop as well as a partial tool roll in the original case. Not bad for a 9 year old vehicle. The V-12 engine came with triple Weber, two-barrel carbs and provided 240 BHP and 2953 CC of power with a 4-speed manual transmission. Independent front suspension, which was very new for 1961, and a solid read axle with trailing arms and four-wheel discs made this 1961 Ferrari 250 GT Series II Cabriolet beauty one of the best deals ever made under the Highbridge in the summer of ’69.